From an empty train station to a decrepit sports stadium and even a supposedly haunted sanatorium. These neglected locations all have been long forgotten and would make for an exciting visit for urban explorers and photographers alike.

To find more places to explore, see our abandoned places in Kentucky article. 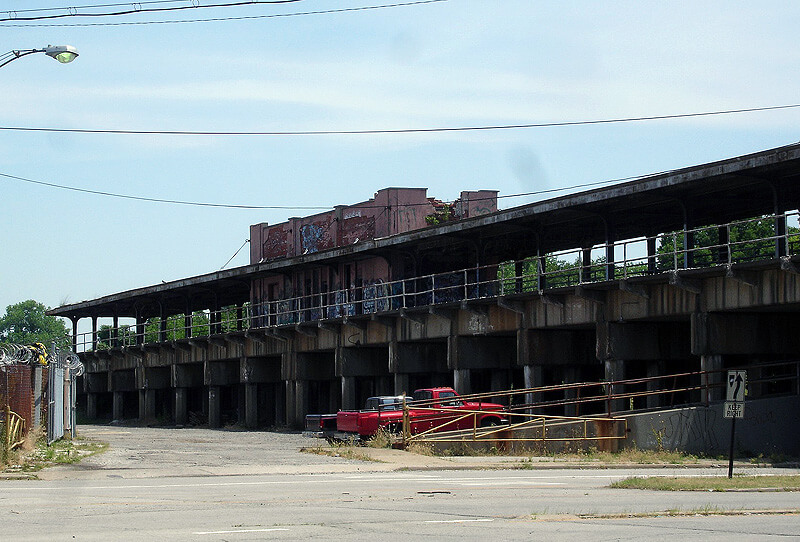 The Baxter Avenue Elevated Train Station was situated along 1.6 miles of the elevated train line which was built in 1936 and completed the following year. The elevated station cost an estimated 1.5 million dollars to build. It was an East Louisville passenger-only station and handled no freight cargo.

The station itself sat on the elevated line and passengers had to walk upstairs or ramp to board the trains. The Baxter Station was built to replace an old station that was built with wood and was slowly falling apart. This new station was modern in every respect and had brick, steel, and concrete construction, with a stucco exterior.

The Baxter Station ran successfully for 27 years after which it was closed down for good in 1964. Since the station was abandoned, it became a hotspot for graffiti and vandalism. Due to liability concerns, parts of the station were demolished in 2009 but not entirely.

Hidden in the middle of E.P. Tom Sawyer State Park, completely unknown to most people who walk by it, is the Lakeland Asylum Tunnels, also known as the ‘Sauerkraut Cave’. The tunnels have a dark and mysterious past.

Situated underneath what used to be the Lakeland Asylum, these tunnels were excavated to be used by the asylum staff to store food, medicine, and other items. The asylum itself was built in 1873 and originally accommodated a maximum of 1600 people.

But by 1940, over 2400 patients filed the hospital and overcrowding was a serious issue. Patients were living in horrible conditions with many dying on hospital grounds and their bodies not found until days later. Rumors of bodies being buried in the tunnels surfaced but are unconfirmed.

The tunnels run directly beneath the asylum and were considered a point of exit for patients who tried to escape Lakeland. Due to the dark past the tunnels hold, they have become one of the most interesting abandoned places in Louisville to explore. 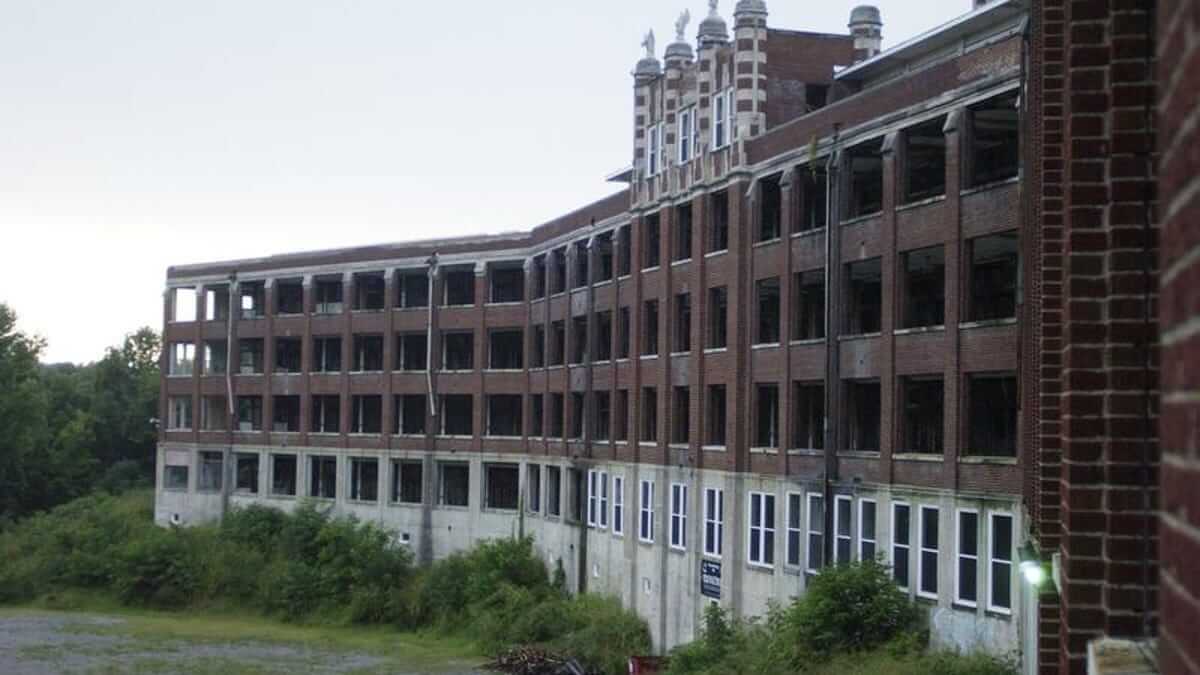 From 1910 until 1962 the Waverly Hills Sanatorium in Louisville KY housed thousands of tuberculosis patients. Because of the highly contagious nature of the disease, the sanatorium took extreme quarantine measures and essentially isolated itself from the outside world.

The sanatorium was so detached from society that it was given its own zip code. It ran as a self-sufficient facility with the staff producing its own food, raising animals for slaughter, and even running its own post office. With the creation of the vaccine for tuberculosis, the hospital saw fewer and fewer patients coming in.

By 1961 admissions to the Sanatorium were stopped and the following year the last remaining patient was released. For 39 years the sanatorium remained completely abandoned but in 2001 it was purchased and its owners allow for tours of the supposedly ‘haunted’ property.

The Glenmary Golf Course is situated on a 44-acre plot of land and prior to its closure golfers could enjoy an 18-hole regulation course covering 6,560 yards with a 72 par, a slope of 126, and a rating of 72.4.

The club was opened in 1990 but was forced to close down in 2015 due to the owners running into financial troubles and lawsuits. One of the owners fled to Indiana but was still sued.

Since its abandonment, attempts to sell the golf course have been made but have been unsuccessful. Urban explorers who visit abandoned places in Louisville routinely recommend this location to other explorers. 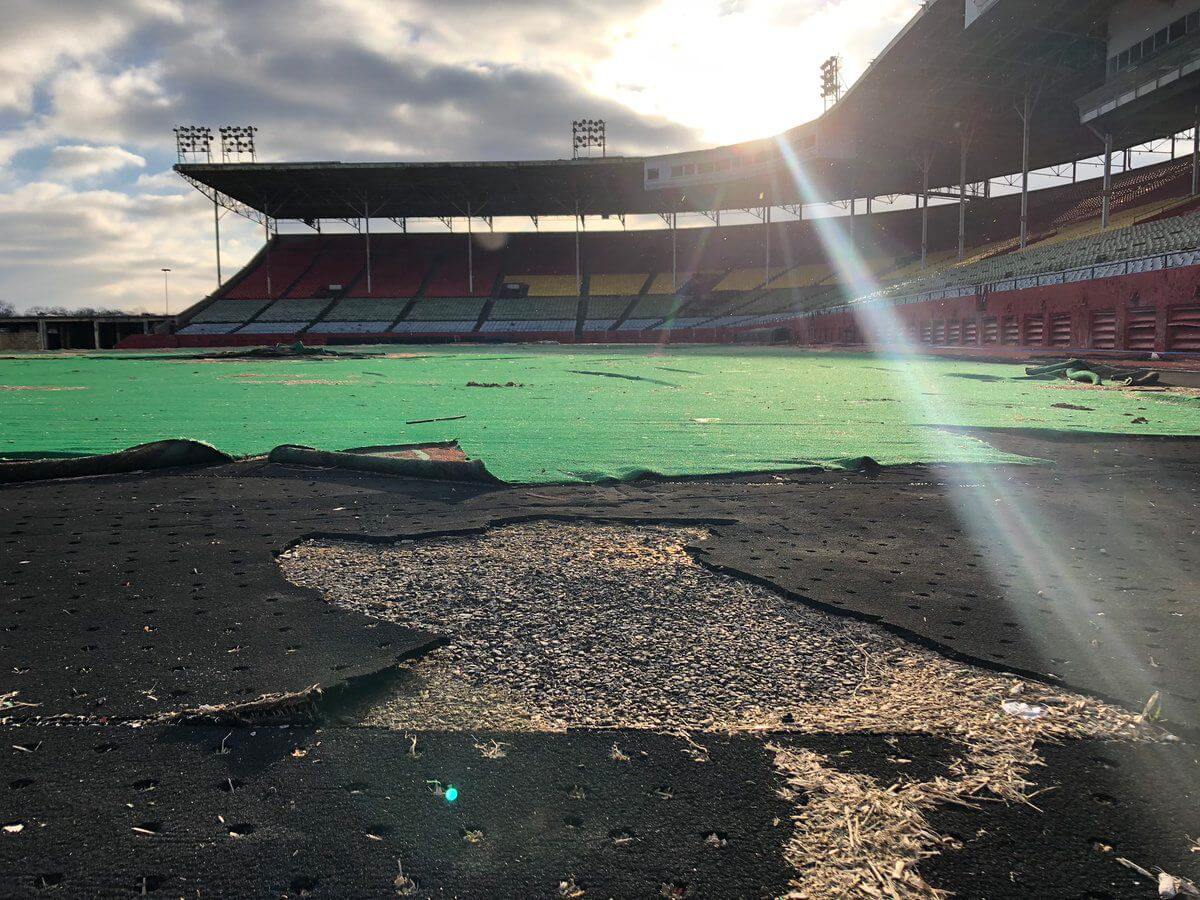 The Cardinal Stadium was opened in 1956 as the official home of the University of Louisville Cardinals football team for over 40 years. However, in 1998 the stadium was relinquished to the university’s baseball team which they used until 2004.

Since then no sporting events took place and the stadium was instead used to host concerts and other live events for the next 10 years. In 2014 a structural inspection conducted by the city found that several of the sections of the stadium, including the seatings, were unstable for people to safely attend.

The largest city in the state of Kentucky is chock-full of abandoned buildings. The locations featured in this article are a small sample of the many abandoned places in Louisville that any urban explorer can possibly visit. If you’re still on the hunt for more of these locations, read my guide on finding abandoned places to explore. The methods I share work no matter where in the world you live.