When the hobby you partake in involves trespassing onto private properties, you’re eventually bound to get caught.

The more you do it, the higher your chances become of being spotted by someone going into an abandoned building you’re not supposed to be in.

Part of the fun of urban exploration is the act of trespassing in and of itself. Having to quietly sneak into a building without being spotted can be thrilling.

But no matter how careful you are, one of these days you’re going to get caught. Either trying to get into a building or while you’re inside one.

It’s happened to me in the past even when I knew I was being careful. It’s happened to famous urbex YouTubers such as ExploringWithJosh, Dan Bell, and Bryan / Michael from TheProperPeople.

You can go on Youtube right now and find hundreds of videos of urban explorers being caught in the act. It happens to every urban explorer in the world.

The repercussions of being caught exploring are different for everyone. Not all situations are the same. Some people receive fines, others are let off with nothing but a slap on the wrist.

Before you start urban exploring there are a couple of things you should know. These tips that I’m going to share with you will increase your chances of getting out of trouble or staying out of it completely. 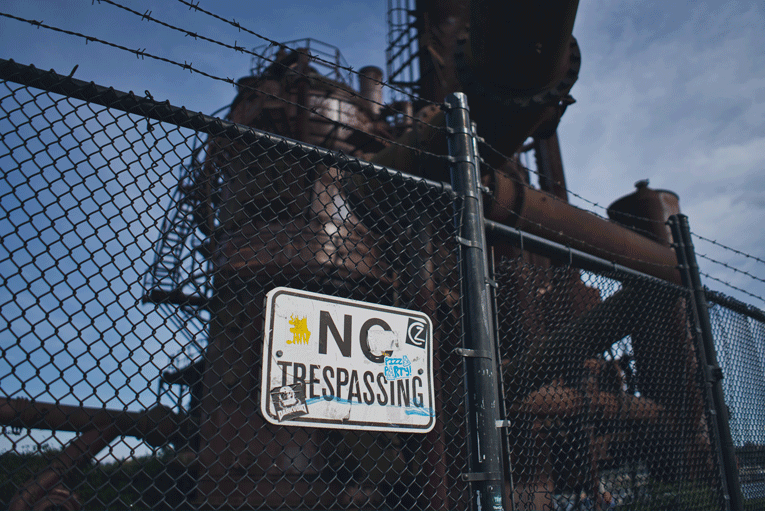 That’s right. Read that title again. If you don’t want to risk getting in trouble while urban exploring, the best thing you can do is not trespass onto private properties.

You may be thinking, well Viktor how the f*ck am I going to urbex if I don’t trespass?

Yes, it’s fun to go into buildings you’re not supposed to be in. Especially when the building you’re wanting to explore looks so cool and irresistible like the picture below. 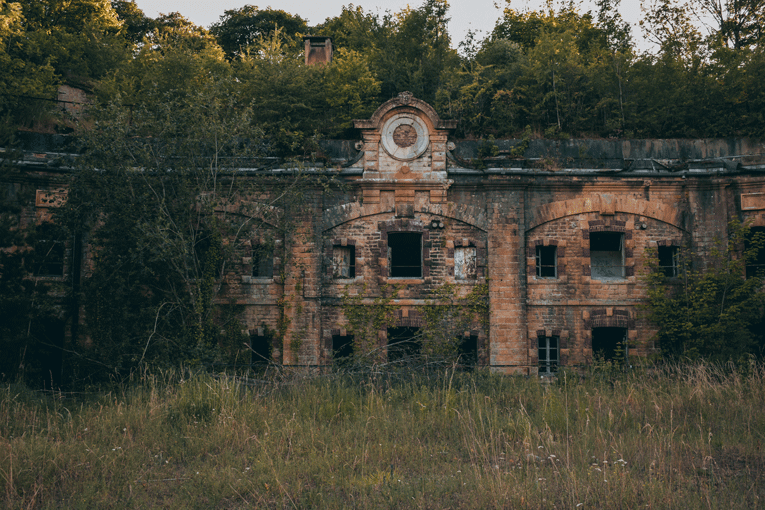 You might have not known this but there are ways you can go about urban exploring where you can stay within the confines of the law. That’s right, legal urban exploring is a real thing.

There are a couple of things you can do to still be an urban explorer but do it safely and without the risk of getting in trouble.

Ask For The Owners Permission To Explore

One of the best ways to avoid getting in trouble when you’re exploring an abandoned building is to have the owner’s permission to explore.

Now I’ll be honest and say that this method doesn’t always work. To ask for the owners’ permission to explore their abandoned building, you have to do a couple of things.

First, you have to find their contact information. This can be difficult in itself.

Then you have to call them to ask for permission and explain to them what it is you’re wanting to do.

If you do end up calling the owner of a location you’re wanting to explore. Choose your words carefully as it will increase your chances of getting permission.

What I mean by choosing your words carefully is that you should never tell them you’re an urban explorer who simply wants to “have a look around” the building. Saying this will most likely not get you permission to explore. I’ll expand more on this in the next sections below.

Also, simply because you’re asking the owner if you can explore their building, there is no guarantee that you’ll get permission to explore. The owner might say no and not allow you to go in.

This method is really a hit or miss. But if you want to stay out of trouble, it’s at least worth trying. 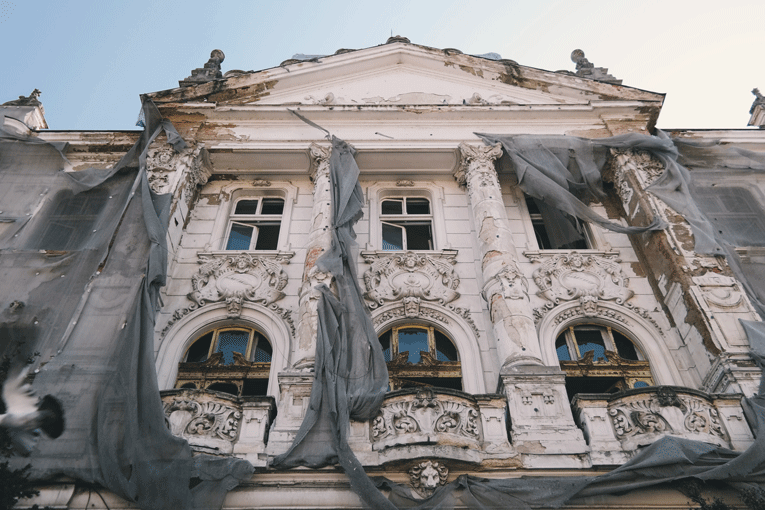 In the United States, there are National Historic Landmark Buildings which are available for anyone to visit. They’re open to the public so anyone can go and visit no matter the day or time.

Some of these buildings are old and abandoned which have some interesting history to them. Which is why they’re called historic sites.

You may be thinking that since they’re National Historic Landmarks, they’re taken care of and they’re guarded against people.

Several urbex YouTubers visit these places to explore and film. You can most likely find videos of an urban explorer exploring a historic site in your city. 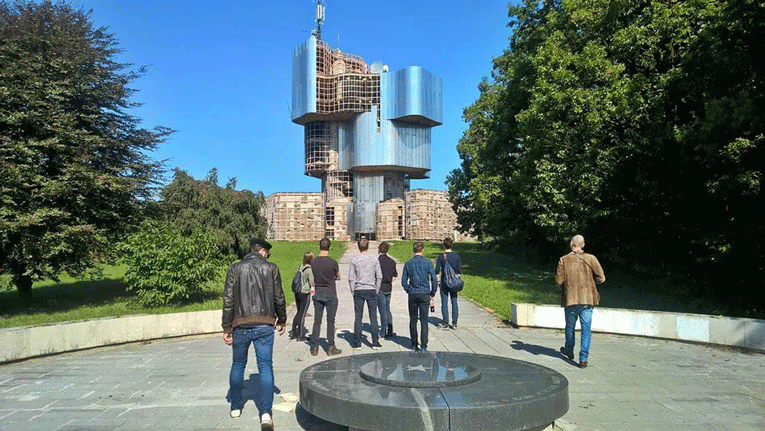 I recently wrote an article talking about the most popular urbex tour spots around the world.

The feedback I received on that article was actually eye-opening.

I didn’t realize how many people were unaware of urbex tours being a real thing.

The idea of having a tour guide show you around an abandoned location seemed weird to some people. But to others, it seemed like a good way to get started with urbex.

Doing it legally and with someone who knows what they’re doing was quite appealing to some people.

What’s also cool about urbex tours is that you get to explore locations that an average urban explorer will never get to see.

Places like the Chernobyl Exclusion Zone in Pripyat, Ukraine and the Waverly Hills Sanatorium in Louisville, Kentucky.

These places have incredible histories to them and they’re opened to explorers. Also, not all these places require a tour guide and they don’t all hold your hand along the way. In some tours, you’re allowed to freely explore.

Taking an urbex tour is a truly unique way of exploring locations around the world without the risk of getting in trouble. 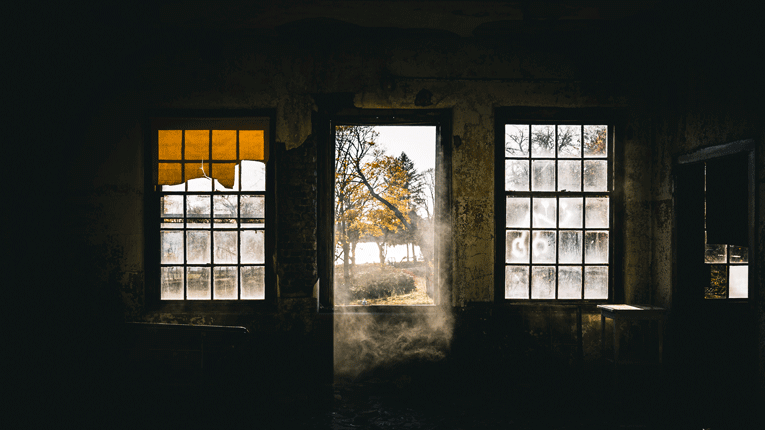 If You’re Going To Trespass, At Least Know This

You’re conscious of the fact that some parts of urbex are not completely legal. If you decide to trespass onto private property that is not my responsibility.

I’m by no means endorsing illegal behavior with this post. It’s purely for informational reasons.

But if you’re going to explore abandoned buildings in which you’re not exactly allowed to be in, then the least you can do is pay close attention to what I’m about to tell you.

This information might get you out of trouble should you be one day be caught where you shouldn’t be.

Such a simple thing to do. If you’re going to make your way into an abandoned building, don’t be a jerk and damage it. Either on the inside or outside. Even if it’s a really old building that’s falling apart.

You’re there to explore, not vandalize. Never break anything.

Just walk away and find a new location to explore. If you do end up breaking something and you’re caught, you’ll just end up getting in more trouble.

Plus you’ll be adding to the bad reputation that urban explorers already have. So don’t do it.

Also, I know it’s tempting to want to throw rocks at a glass window, but don’t. 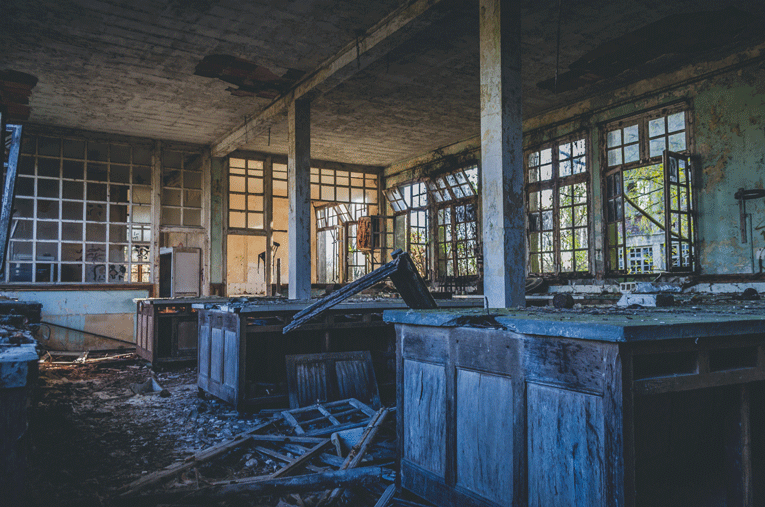 If You Are Caught, Don’t Call Yourself An Urban Explorer

I briefly touched on this point in the section above but I’m going to expand a little bit more on here.

You and I know that the hobby we partake in is called Urban Exploration. Therefore we are Urban Explorers.

We know what urban exploration is all about. We do it because we enjoy exploring abandoned buildings and getting to see places to most people will never see.

But if you were to go up to a random person and ask them if they know what Urban Exploration is. There’s a fat chance that they would say no.

Urbex is a sort of obscure hobby that not many people know exists. Couple that with the fact that urbex involves trespassing, which is illegal, and people will instantly think Urbex is a bad thing. Which you and I know isn’t true.

Now, if you were to be caught exploring an abandoned building by its owners. And you tell them you’re an urban explorer who’s simply having a look around the building, what do you think would be their reaction?

Would they be curious about this hobby? Would they allow you to continue exploring?

No. they’d tell you to f*ck off. They probably don’t believe you were simply exploring the building. They likely think you were inside doing something illegal, like doing drugs or spray painting the walls. To them, you’re trespassing and they want you out of their building. 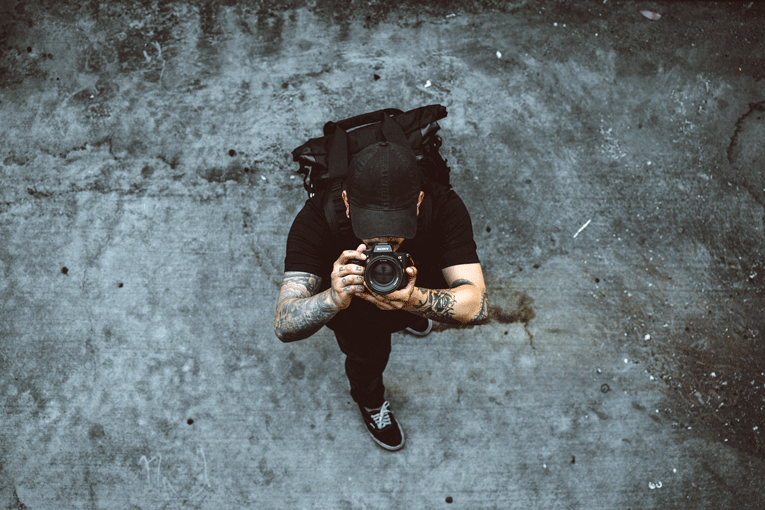 Now let’s change up the situation a bit.

If you were to be caught exploring an abandoned building by its owners and you tell them you’re a photographer taking photos for a school project. Or that you’re an amateur historian simply documenting the location.

There’s a far greater chance you’d be in less trouble if you were to call yourself anything else but an “Urban Explorer”. Hell, you’d even likely be allowed to stay in the building and continue exploring.

The point is, never call yourself an urban explorer if you were to be caught. By anyone, not just by the owners of the location you’re exploring.

People don’t understand our hobby. But they do understand what photography or history documentation is. They’re more likely to be a bit more understanding of why you’re in the abandoned building.

Now, of course, you have to sell the lie. Which isn’t entirely a lie. Well, it’s not if you call yourself a photographer and you carry a camera with you while exploring. Technically you are a photographer. 🙂

There will be times that even when you call yourself anything but an urban explorer, you will be told to get the hell out of the place.

When that happens, there isn’t much you can do but apologize and leave.

One thing that you should also remember is to always be respectful when confronting whoever is the person who caught you.

There’s a good chance that if you seem like a nice enough person, they’ll allow you to continue exploring. Might even give you a private tour of the place.

Or maybe they just end up not calling the cops on you, which is also a good thing.