Worcester, Massachusetts is a city with a long and rich history. It is also a city with its fair share of abandoned places. From hotels to factories and hospitals, there are a number of forgotten places in Worcester that are just waiting to be explored.

The best part about these abandoned places is that they are easy to get to and are a great alternative way for you to explore the city.

If you’re looking for something to do on the weekend, Worcester is the perfect place to start your adventure. Keep reading to learn more about some of the best abandoned places in Worcester to explore.

The abandoned Sutton Drive-In Theater (map) has become a popular spot for urban explorers and photographers. The drive-in, which is located in an isolated rural area, has been left behind for over two decades.

It opened in 1947 and was the first of its kind in the area. It quickly became a popular spot for locals as it was located just by the side of the busy Route 146, which is the main road between Worcester, Massachusetts, and Providence, Rhode Island.

Because it only had 1 screen to offer, it began losing business to competing theaters in the area. After countless movie screenings, it closed down for good in 1996. It was completely left behind by its owners and was slowly being consumed by nature.

The once-paved parking lot is now overgrown with weeds, and the screen is falling apart. But still, the Sutton Drive-In holds a certain charm, and its desolation is part of what makes it so beautiful.

If you’re ever in the area and looking for abandoned places in Worcester to explore, be sure to check out the abandoned theater. It might not be around for much longer.

Even in its current state of disrepair, the old Leicester Airport (map) is still a cool abandoned place near Worcester. It opened in 1940 and was located on the outskirts of the city and was only used by a few commercial airlines.

It was a privately owned airport and was used for both personal and commercial reasons. It featured a dual-runway system, a single-hanger bay, and a private office building for employees and guests.

The reasons for closing down are not known but it was officially shuttered in the late 1970s. If you were to visit today, you’d notice the cracked pavement, derelict building with some office stuff left behind, rusted shelving, and old machinery.

Most of the remaining structure is completely covered in vines and weeds. Despite its current state, the abandoned Leicester Airport is still an interesting place to explore.

Read Also: Dare to Explore These Abandoned Places in Boston

The Sterling Inn Food and Lodging, located at 240 Worcester Road (map), was once a thriving business. It opened in 1908 and was one of the first businesses to offer food and lodging for travelers in the area.

It had 2 floors with a large dining hall that could serve 200 people and it offered a lounge bar with a fireplace, and an outside patio, plus its many private bedrooms where guests could stay the night. 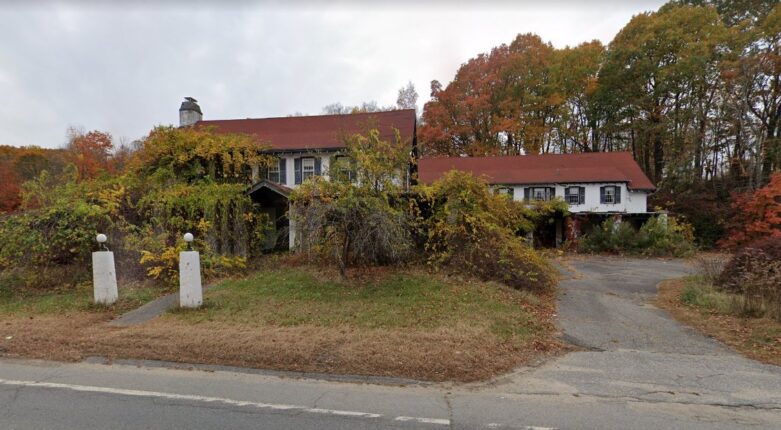 It was also used as a wedding and party venue for many years. Even though it was successful for many years, it eventually fell on hard times and was forced to close its doors.

The property was left abandoned and claimed by the town for decades of unpaid property taxes. Attempts to sell the Inn are ongoing but as it stands, the Sterling Inn sits empty and alone.

In conclusion, there are a number of abandoned places in Worcester, MA, to explore. Some of these places are favorites among locals, while others are simply curious sights.

If you have a favorite abandoned building in Worcester, leave a comment below. And be sure to check back, as we’ll be adding more abandoned places Worcester has to offer in the future.