You’ve most likely already heard the quote “Take nothing but photos, leave nothing but footprints”. It’s a saying, but it’s also considered a rule widely shared amongst the urbex sub-culture.

But it’s certainly not the only rule an urban explorer should follow.

Like with any hobby, the duty of informing a newbie of the rules of a hobby fall to an experienced person. The problem is that not everyone who is new to urbex has someone to guide them or explain the proper rules they should know and follow.

For most people, urbex YouTubers are the closest thing they have to knowing someone who is experienced with urbex.

But let’s be honest, no matter how many urban exploration youtube videos you watch, you will never hear a YouTuber explain what it is you should and should not do when urban exploring.

It’s not because they’re assholes and don’t care about sharing what they know. It’s because they’re more focused on entertaining than teaching their viewers the rules of urbex.

That’s why I wrote this post. To help you, the newbie urban explorer, learn what I think are important rules of urbex you should know and follow.

These 9 rules that I’ve laid below will not only keep you safe when exploring but will also make sure you don’t get into serious trouble or get yourself hurt.

They are by no means the only rules you should follow. But they are important so you should at the very least know them.

A problem you might come across during your urban explorations is the inability to find an entrance into an abandoned building.

Making your way inside an abandoned building by force can land you in some serious trouble, should you be caught of course.

You shouldn’t take any chances anyway. Most of the time abadneond buildings already have open doors / windows / even entire walls that have collapsed that can serve as your entrance.

You should never break a window or kick down a door to get inside a location you’re wanting to explore. If you can’t make your way inside a building without having to physically force your way in, don’t go in at all.

If you were to be caught urban exploring, you have a greater chance of being let off with a warning since you didn’t damage the building to get inside it. 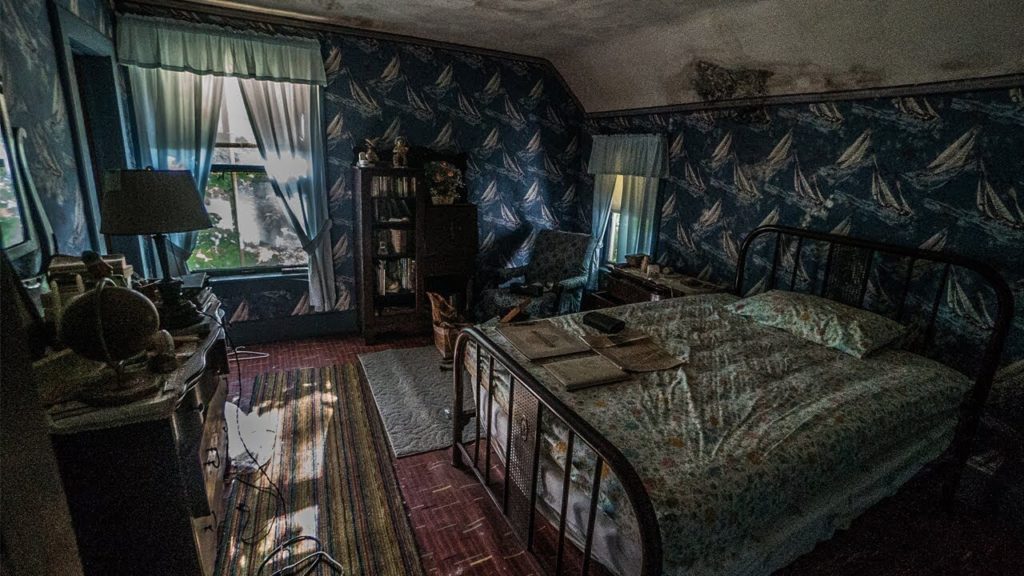 I can’t tell you how many times during my explorations I’ve come across so many cool things that I’ve wanted to grab and put in my backpack to take with me.

I’ve come across everything from paintings, jewelry, books, vintage items and so many other cool little things.

I’ve been tempted to take things and keep them as souvenirs. A sort of reminder of that place.

I thought to myself since they’re inside an abandoned building, nobody owns them. What’s the big deal if I just take it with me?

Honestly, there really isn’t an issue if you take something. No one is really going to know. But the reason we don’t steal things from abandoned buildings is that we should respect the place.

Remember the quote I wrote at the beginning of this post: “Take nothing but photos, leave nothing but footprints”.

The reason you’re in that abandoned building is to explore it. To see the remains of what was once occupied. You’re not there to take things that don’t belong to you. 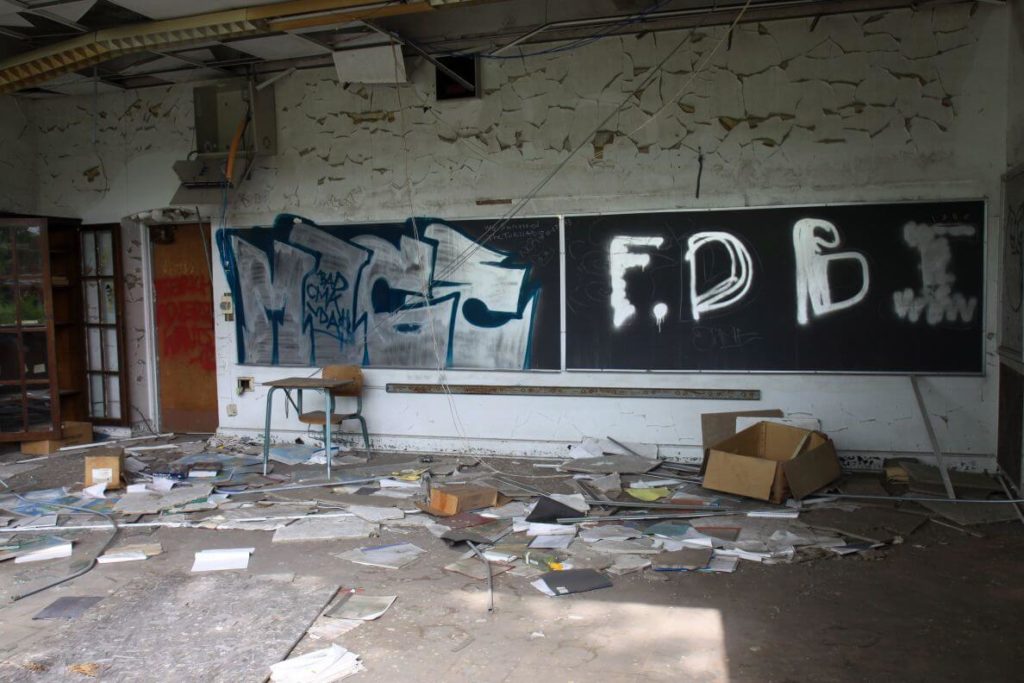 Urban exploration already has a bad reputation as it is.

Going into an abandoned building with the intent to cause damage in any way, shape or form is only going to add an even more bad reputation to our hobby.

Spray painting, breaking windows, busting down doors or doing any other thing that can cause damage to a building is something you should NEVER do.

You’re an urban explorer, not a vandal. Keep that in mind.

Even if the building you’re exploring is already trashed and falling apart, don’t add to that damage by causing even more damage.

Always leave a building the way you found it so that the next urban explorer can enjoy it the same way you did.

This rule is one that new urban explorers don’t really understand.

It’s a reason they can’t find abandoned buildings to explore. Because experienced urban explorers don’t share location information with just anyone. Not even in urbex forums.

It’s something YOU should never do.

You might think it’s ridiculous to not share the location of a place you’ve explored. It is an abandoned building after all, what’s the big deal?

You’d be helping new people wanting to get into urbex find buildings to explore. So why shouldn’t you do it?

The reason you don’t share location information with just anyone is that urban explorers aren’t the only ones that will see and visit that place.

If you openly advertise the address of an abandoned building, you’re inviting just about anyone on the internet to go visit.

Thieves, vandals, arsonists, junkies, drug dealers, and just about anyone else now know the location of a building to do their dirty work out of.

Don’t share location info with just anyone, ever. Keep it to yourself and only share it with close friends and other people you know personally. 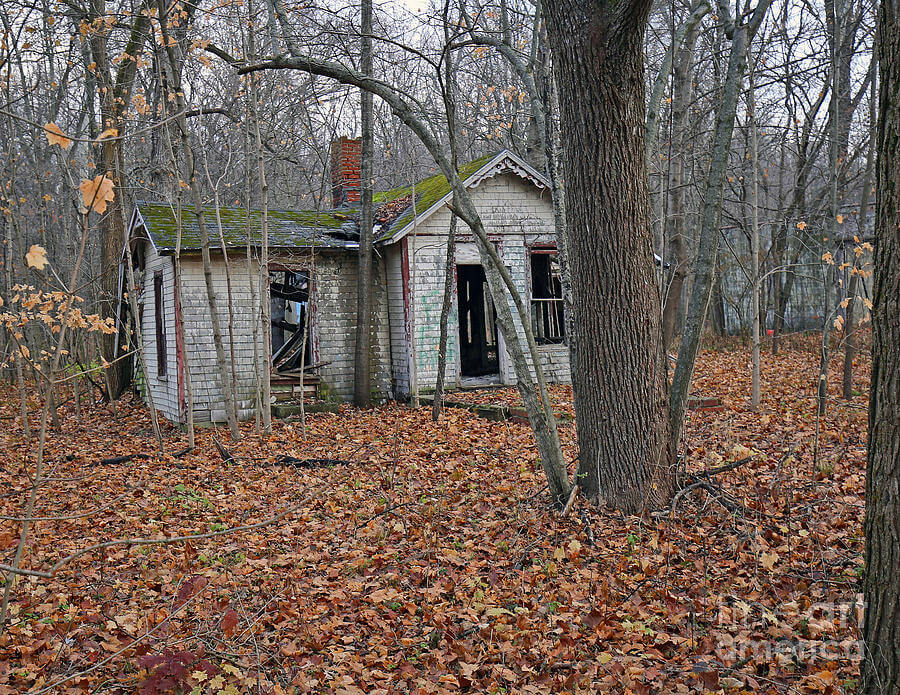 Start off by exploring small places

This isn’t really an urbex rule but more of a best practice. Not everyone who is new to urban exploration follows this.

Some like to go big their first time exploring. There isn’t really an issue with doing that. You don’t have to start off small if you don’t want to.

But the reason it’s recommended to new urban explorers is that it gives you a taste of what you can expect when you do start exploring those huge buildings.

Exploring a huge building with multiple floors can be dangerous. Your first time exploring you will most likely not be well prepared to deal with that you come across.

By that, I mean that you can come across asbestos and not have a face-mask to wear. Or you could get hurt accidentally and you don’t have a first-aid kit.

It’ll be your first time exploring so you might not take essentials with you that you need simply because you didn’t think you’d need them.

Generally, you have a greater chance of being hurt or coming across potentially dangerous situations in a big building than in a small one.

This is why it’s recommended to new urban explorers start off small. So you can get an idea of what you can expect once you move on to those amazing huge buildings that you so much want to explore. 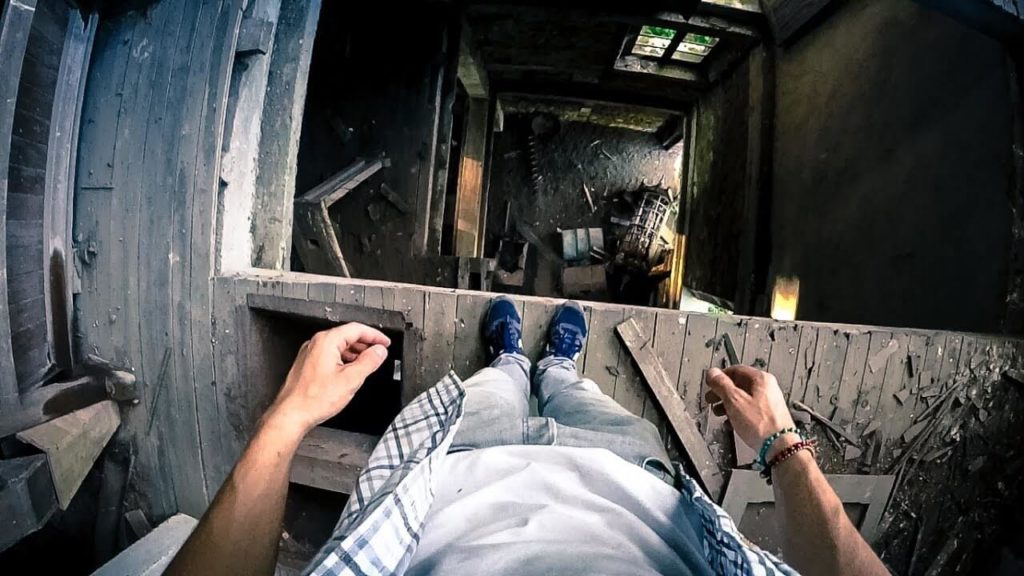 Accept that some places are off-limits

There will be times during your explorations that you will come across certain areas of a building you’re exploring that will be off-limits.

You’ll want nothing more than to make your way to that specific area but for whatever reason, you won’t be able to. You will recognize that the area is dangerous and not worth the risk.

But you will have this burning desire in you to try and find a way to get in there anyway.

I speak from experience when I say that because I once nearly died by risking going into an area that I knew was off-limit.

You’ll know when you come across an area that is off-limits. Use common sense. Don’t try and make your way in.

Just accept that the area is not accessible and move on. It’s not worth your life.

Every urban explorer will be caught exploring at least once no matter how careful they are. It’s just part of the hobby.

There are things you can do to limit your chances of being caught exploring, but in the end, anything can happen.

One thing you should never do if you’re caught exploring is trying and make a run for it.

You may be inside a building and hear someone shout “you shouldn’t be here”. Or you’ll look out the window of a building you’re exploring and see people making their way inside the building.

Don’t try and run away. If you’re spotted and try running away but end up being caught anyway, you’ll get in even more trouble.

Not only that but also running while inside an abandoned building is a terrible idea. You could accidentally step on unstable ground and get seriously hurt.

Keep in mind that abandoned buildings are generally unsafe and you should always watch where you step.

Photos serve as a reminder of the place you explored.

There is also something really cool about taking photos of abandoned buildings you explore.

You can share them on social media with the world and allow them to see the inside of a building they would’ve otherwise never had seen.

The reason the world even gets a glimpse of the abandoned building you explored was that you took those photos.

Not only are you documenting the building you explored, but you’re also keeping its memory alive by sharing pictures of it with the world.

Taking photos while exploring also can help you get out of trouble should you be caught. That’s right, I bet you didn’t know this did ya?

If you get unlucky and you’re caught exploring, you can say you were only taking photos.

You weren’t there to cause trouble or damage to the building,  only to take a couple of pictures. You have the pictures on your phone or camera you took and you can show it to the person who caught you so they can see you weren’t lying.

Most people won’t want to deal with a photographer so they’ll most likely just tell you to leave and won’t end up calling the cops on you.

Don’t forget to have fun

I’ve explored with people who tend to be very nervous and scared while they’re exploring. They’re constantly questioning if they should leave or they’re wondering what every little noise they hear came from.

They completely forget to enjoy the experience of exploring the abandoned building they’re in.

Don’t be one of these people.

Of course, you should always keep your safety in mind but do not forget to enjoy your explorations. Have a little fun.

Why even go inside that abandoned building if you’re just going to question your every little decision and wonder if you should just leave?

Explore with friends so you can let your guard down a little bit and enjoy your experience a lot more.

Remember why you’re in that abandoned building in the first place. Be safe but don’t forget to have fun. 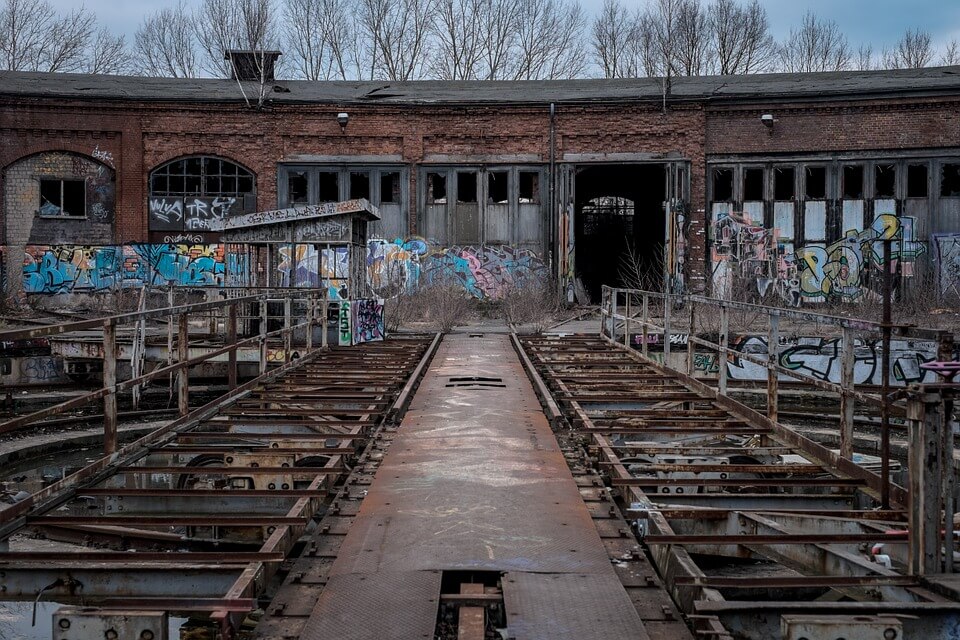 Are these urbex rules real?

Some people will disagree with the rules I’ve laid out above.

They’ll say that urbex by nature doesn’t have any rules. Go in that abandoned building and do whatever the hell you like. I’ve seen people give this advice to others and I think that’s wrong.

Every hobby has a set of principles that its participants follow because they benefit the person.

Urbex is a quite dangerous hobby so it makes sense to have rules so the new people getting into it can stay safe and out of trouble.

The urbex rules I’ve shared in this post are the same rules several experienced urban explorers follow and you should too.  Of course, the 9 rules I’ve written aren’t the only ones you should follow. They’re just some of the important ones I think everyone should know.

What other rules do you think I should’ve included in this post?