You might not have known this but guided urbex tours of abandoned locations are a real thing. Experienced and professional tour guides take you, and your friends, to locations that are usually inaccessible to the general public. The places that you get to tour are not your everyday urbex spots.

If you’re an urban explorer who simply doesn’t care about the places you’re exploring and have no interest in knowing the history of a location you’re in, then urbex tours might not be for you.

On the other hand, if you’re the type of person who would like to visit and explore places with incredible histories, places that paint a story in your mind as you’re walking around and exploring them, then urbex tours are just the thing for you.

Some of the most popular urbex tour spots around the world include mental hospitals, underground burial sites, entire abandoned towns, and islands that were used as prisons for the most notorious of criminals.

These incredible locations are places that a normal urban explorer will never get to see.

We, urban explorers, like to venture into abandoned buildings because we want to see places forgotten or left behind by society. Most of the places we regularly visit are simple houses, factories, parks, hospitals. These places though they may be cool to explore, have little to no interesting history to them.

If you do decide one day to take an urbex tour, there are 7 specific locations around the world with incredible histories that you should consider exploring. 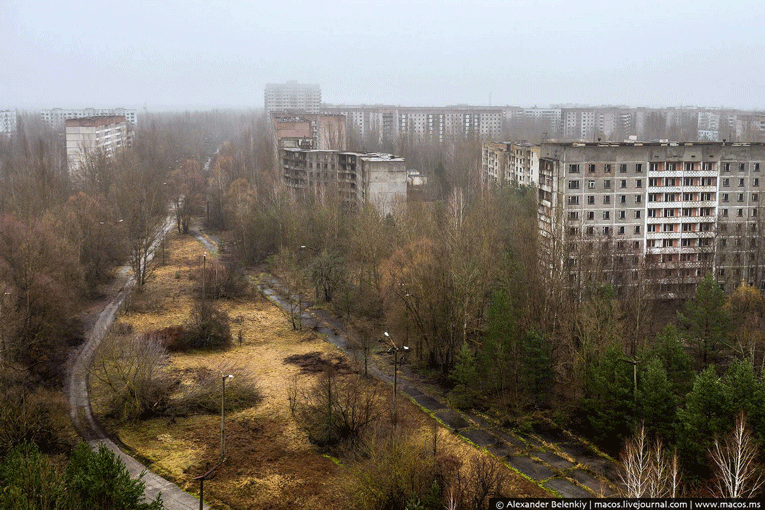 During the late 1980s, the Chernobyl Nuclear Powerplant near Pripyat, Ukraine had a catastrophic accident that caused one of the nuclear reactors to leak radiation material into the air.

Over 50 thousand people were evacuated from the city of Pripyat. Since then its houses, stores, schools, and other buildings sit empty and devoid of any human life. As you’re walking around the city, it’ll feel as if you’re in a studio set of a post-apocalyptic movie.

Though not all of the city is safe to venture into, some parts are free of radiation which you can explore. But the only way to view the abandoned city is through a guided tour with a professional with all the right permits/equipment and who knows what areas are safe to explore. 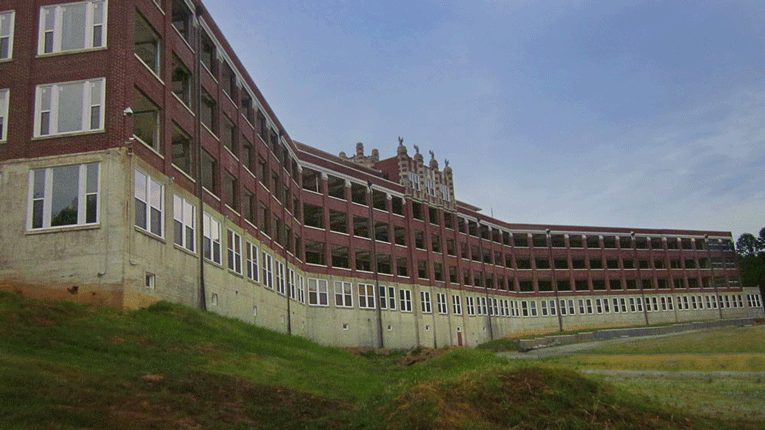 During the early 1900’s several hundred patients would end up dying there. It got so bad that at one point dead bodies were being carried thru tunnels so that other hospital patients would not have to see them. In 2001 the sanatorium was purchased by a couple who wanted to restore the hospital to preserve its history.

Nowadays you can take a tour of this building and get to see how so many sick people during the early 1900’s lived the last years of their lives. 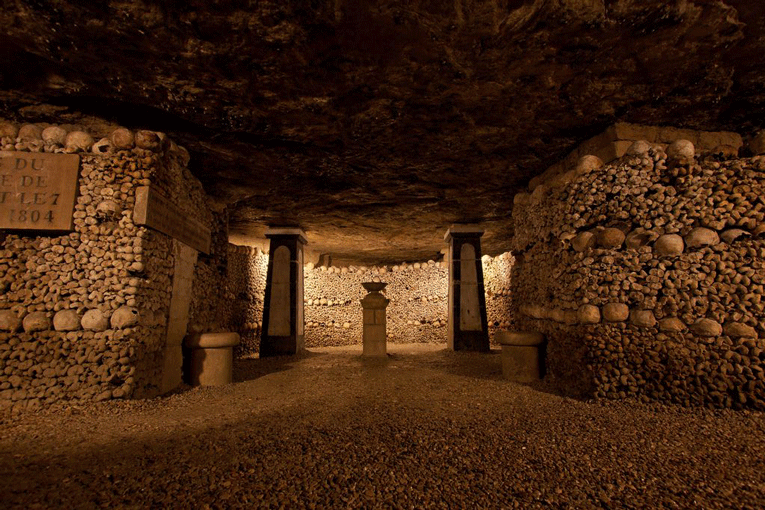 The Paris Catacombs date back to the 1700s when the ossuary (burial site) was formed from an old underground quarry. Over the years, several million skeletal remains from dead Parisians were brought to the Catacombs from overcrowded cemeteries to make room for the city’s development, up until the 1860s.

For those of you with an interest in the macabre and former burial practices, the Paris Catacombs are a must-visit. You’ll get to explore the underground part of Paris where several millions of human bones are stacked up and on full display.

There are several videos up on youtube of urban explorers taking unguided tours of the catacombs. This is extremely dangerous as the tunnels in the catacombs are so many and one can get easily lost. I would never recommend you go into the catacombs without someone who knows the area well. 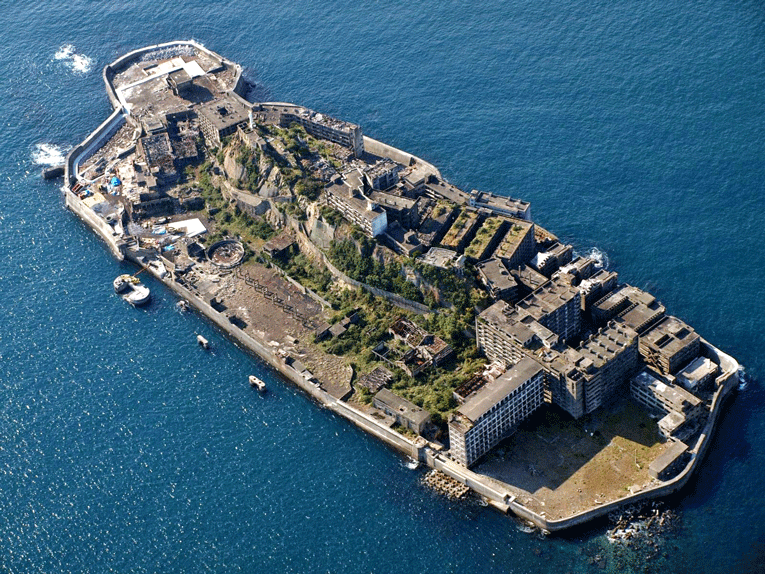 Hashima Island is a 16-acre patch of land off the southern coast of Japan. Once one of the most densely populated areas in the world, it’s been uninhabited since the mid-1970s. Over 6000 people used to live on the island at one point.

While the island was a symbol of the rapid industrialization of Japan, it is also a reminder of its history as a site of forced labor prior to and during the Second World War. So many Korean and Chinese prisoners were forced to work in the island under harsh conditions. So many died or were killed on the island.

From 1974 to 2009, the island was officially closed to all visitors, but not too long ago, the fascinating site was re-opened to organized tours. You can now go there and get to explore the many decaying buildings the island has to offer. 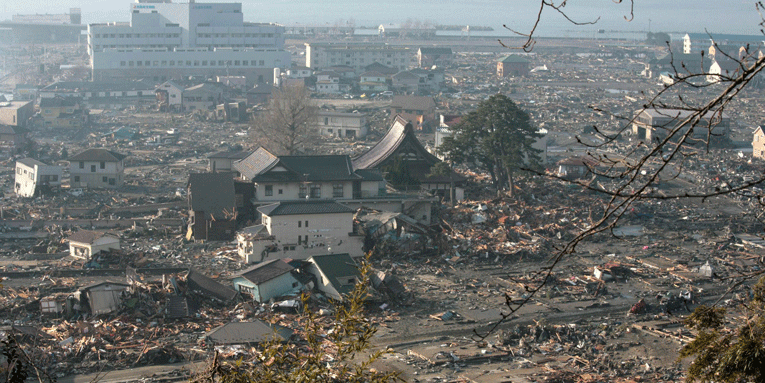 The earthquake also managed to produce a 14-meter-high tsunami that hit the powerplant’s backup generators which resulted in full nuclear meltdowns. Radioactive material was subsequently released into the atmosphere which prompted a full evacuation of the nearby cities.

Over 150,000 people were forced out of their homes and the city of Fukushima now sits partially empty and quiet in a perpetual state of decay. Tours of the abandoned city are possible but you can’t go any closer than 12 miles to the nuclear reactors (exclusion zone).

You can still get to see the many thousands of empty homes, businesses, schools, and offices that were left behind by its inhabitants who were forced to evacuate. There have been a couple of urbex YouTubers who have ventured into the city without permission. Which is incredibly dangerous but also so fascinating to watch. 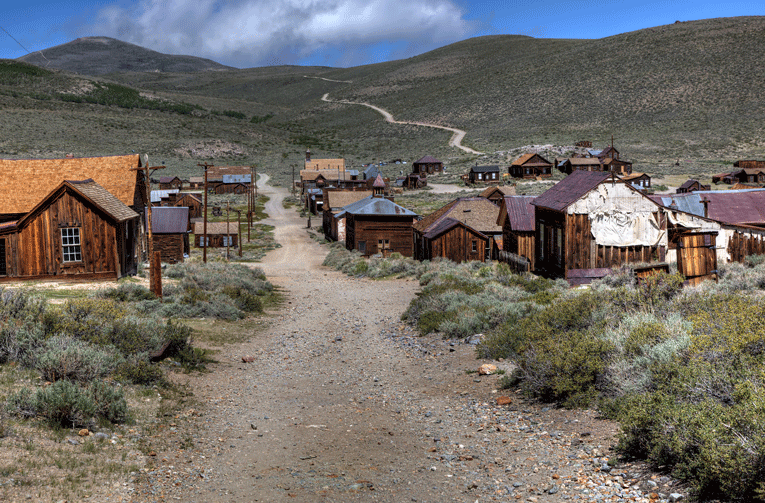 Bodie State Historic Park is a genuine California gold-mining ghost town. Over 10,000 people once lived there and now its streets and buildings sit alone and deserted. People flocked to Bodie in the late 1870s in search of gold. After a few years, the inhabitants of the town just up and left.

Only a small part of the town survives, preserved in a state of arrested decay. The interior of the buildings remain as they were left and fully stocked with furniture and goods that were once used by the people who lived there.

It was claimed as a national historic site in 1962 and tours of the town happen almost daily. You can actually visit without having to take a guided tour. That’s what ExploringWithJosh did in one of his videos. 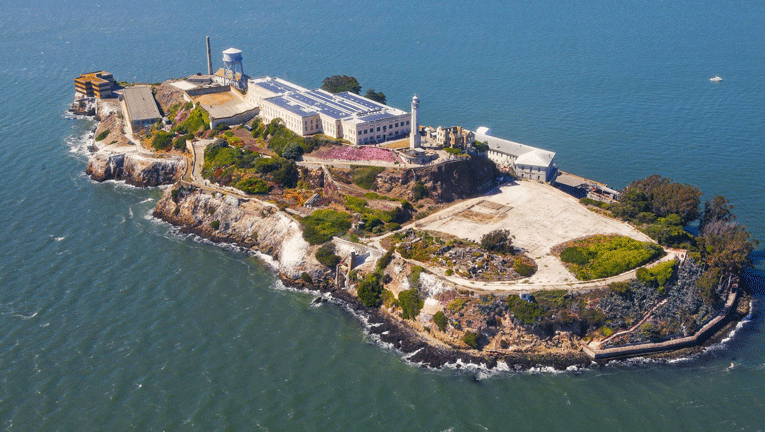 Alcatraz Island is home to the abandoned prison which once housed some of the most notorious criminals in the United States. Prisoners such as Al Capone, Machine Gun Kelly (real MGK, not that lanky rapper), Roy Gardner, Henri Young and more were all serving time in Alcatraz.

The island is about 22 acres of land located in the San Fransico bay about 1 and a half miles offshore of the city of San Fransisco, California. Construction on the island began in the early 1930s and it was used as a lighthouse, military prison, then federal prison which most people today remember it as.

A tour of the island is possible but only with a guided tour. You’ll get to explore the prison and its many buildings around the island.

That’s a dumb thing to say and I don’t agree with it. Imagine a friend of yours taking you to an abandoned building he’s already explored. Does that not count as “exploring” since you’re with someone who knows the area and has already been there? Nonsense.

Don’t get discouraged by other people’s opinions of urbex tours. I think they’re a fantastic way of seeing and exploring abandoned locations with incredible histories that an average urban explorer will never get to see.

Urbex tours are quickly becoming a popular thing around the world. More and more people are paying tour guides to take them around locations that have been left and forgotten by most of society.

If you ever have the opportunity of taking one of these urbex tours, do it. You’ll be glad you did!

Have you already taken an urbex tour before? Where have you been to? Or if you haven’t, would you like to? Let me know in the comment section below, what places you’ve been to or would like to visit one day!