It wasn’t until my 6th-time urban exploring that I had my first run-in with a security guard in an abandoned building. I remember vividly walking around the first floor of the building with a friend. We were just about to walk up the stairs to the second floor when we heard someone shout “Hey, you shouldn’t be here!”.

The voice echoed throughout the large empty room and we couldn’t figure out where it came from. Seconds later we saw a man wearing an orange vest walk through the main door which was barely visible from where we were standing.

We both ducked down in hopes of hiding from him but he’d of course already spotted us. He called us out and we had no choice but to oblige, so we started walking in his direction. To our surprise, it wasn’t this security guard’s first time busting urban explorers trying to get a look around the building.

I don’t know if he was in a good mood that day or what, but he pretty much let us go with just a slap on the wrists (not literally). He told us not to come back, and if we did, he wouldn’t be as nice the next time around.

I thought the buildings were just left alone to rot and no one cared about them. But I learned that wasn’t always the case. I made sure that before I set out on my next urbex adventure, I needed to know what happens if you get caught in an abandoned building. So I did some research and here’s what I learned. 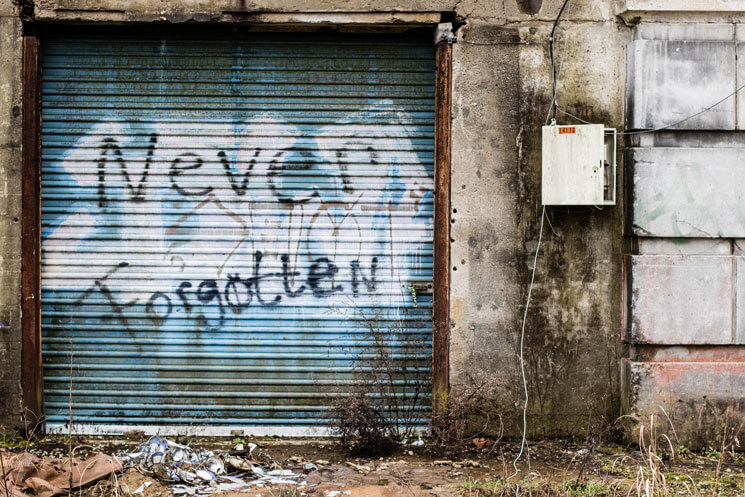 What Happens If You Get Caught In An Abandoned Building?

From what I’ve heard from friends and other urban explorers on several urbex forums I frequent, is that if you’re caught exploring, the majority of the time you’ll be let off with just a warning.

But just because other people have been let off easily doesn’t mean you should count on that happening to you too. The situations and people you’re dealing with are different so don’t expect the same results.

How To Avoid Getting Caught Exploring

I will not write down a list of things you can do to get away from cops or security guards. This isn’t what this article is for. What I will tell you is what to look out for before you enter a location to explore. This way you will know what happens if you get caught in an abandoned building.

Almost every urban explorer knows that if they partake in this hobby they will most likely be caught at least once. No matter how careful you are. If you’re trespassing on abandoned property, your chances of getting in trouble could be high.

If you want to reduce your chances of getting caught, here are some things you can do:

Before you decide to explore an empty building, you first need to be aware of your state’s laws on entering abandoned buildings. Every state has different laws on this matter.

So it’s important that you do your own research so that you know what you can or can’t do. You need to be aware of what happens if you get caught trespassing in an abandoned building. The best way you can go about this is to do a simple google search.

Also, take a look at the link I provided above. Search for your state’s trespassing laws and take 10 mins to read up on the laws and penalties. This way you won’t be overthinking if is it illegal to explore abandoned buildings, while you’re doing the exploring. 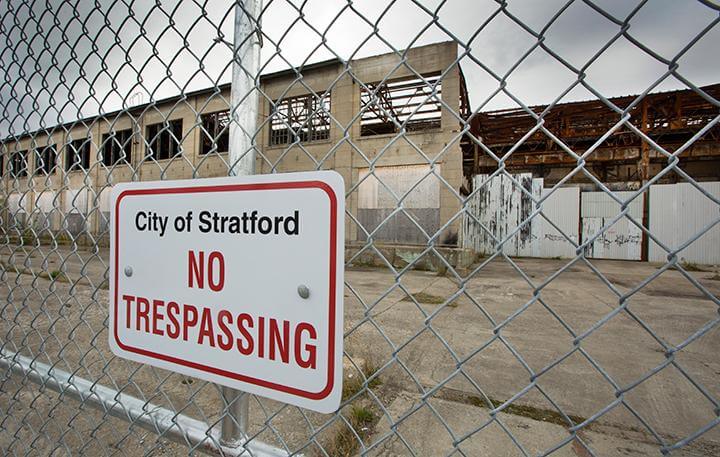 Things You Should Never Do When Urban Exploring

Unfortunately, there are times when people visiting abandoned locations don’t leave the place exactly as it was for the next urban explorer to enjoy. Some people enter abandoned buildings for the sole purpose of causing damage.

I’m sure you’re not one of these people. But if you’re new to urban exploration, there are probably some things you’ll be tempted to do while exploring that you shouldn’t do.

Never Do Any Of These

Now that you know of things to never do when urban exploring, here are some things you should never carry with you when exploring abandoned buildings.

Things To Never Carry With You When Urban Exploring

Some of them are guarded and routinely checked upon by their owners. You may be asking yourself, why do abandoned buildings have security? It seems pointless. It’s an empty building, why would anyone care about this place? Some buildings aren’t totally useless. Even if they look old, run-down, and abandoned. Remember that.

You might think that bringing at least a knife to protect yourself if things go sideways might be a good idea but you could also get in trouble for it. My advice to you is to avoid carrying any kind of weapon on you when exploring. Unless it’s some kind of a self-defense weapon.

If you do carry any of the items listed above and you are caught, and the police are called on you, you will likely be in some serious trouble. Depending on the location, a security guard doesn’t have the authority to search you, but if the police are called and they believe you were in a building looking to damage or burglarize it, they can search your backpack. 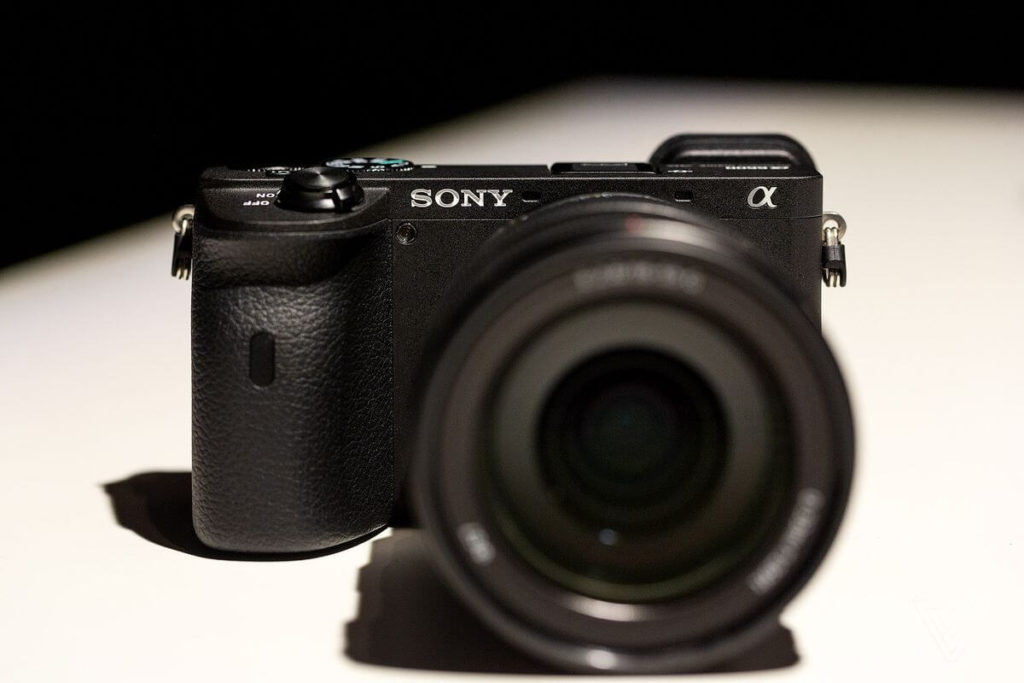 1 Item To Always Carry With You

Every urban explorer knows there is a risk of being caught. While the majority of the time you’ll be let off with a warning, there are those rare times when that won’t happen. By carrying this 1 item with you when exploring abandoned buildings, you might be able to increase your chances of being let off with a warning. What is that 1 item you ask?

A simple camera can decrease your odds of not getting in too much trouble. If you are stopped by an officer or security, simply say you were taking pictures of the location. They are more worried about people vandalizing, scrapping, or lighting the place on fire than someone who is only there taking pictures. You’ll probably be told to leave the area and not come back.

Is It Trespassing If You’re In An Abandoned Building?

Just because a building looks abandoned, doesn’t mean it truly is. If the location you’re wanting to explore has ‘No Trespassing’ or ‘Private Property’ signs all over it, and you still enter the building, then it is considered trespassing. Like I said before if you see signs that are meant to discourage you from entering, just walk away.

There are several more interesting places for you to visit. If you really want to explore a certain building, you could try and get in contact with the owners. They might grant you permission to enter and explore. This way you completely avoid getting into any trouble.

If taking this route sounds like something you’d like to do, I wrote an article where I explain how to get permission to photograph an abandoned building. Even if you have no intention to photograph the building, follow the steps I laid out in that article.

Get Out There And Start Exploring

The potential of getting caught urban exploring shouldn’t stop you from actually enjoying this hobby. Now that you know what happens if you get caught in an abandoned building, be smart about how you go about things. Don’t take any weapons with you. Don’t vandalize the place you’re exploring. Don’t break into any building.

As long as you’re careful with the locations you choose and with what you bring with you when exploring abandoned buildings, you can lower your odds of being caught. Know your state’s trespassing laws and always obey them. If you’re scouting a place out and you’re not 100% sure if you should explore it, then just don’t. Seriously, forget about it.

Go back home, get on your computer, and search on Google Maps to find abandoned places to explore. There’s never a shortage of derelict buildings for you to explore.