I’m a huge fan of documentaries. Over the years I’ve watched hundreds, perhaps thousands of them on just about every topic under the sun. What I like most about them is that they are non-fiction and focus solely on documenting and presenting reality.

It makes sense that I, as an urban explorer, sought out documentaries that were focused on, well, urban exploration. To my surprise, I managed to find quite a couple of them that were incredibly fascinating to watch.

The documentaries I listed below are some of the best urban exploration documentaries available to watch anywhere online. Best of all, they’re free to watch.

Quote from the documentary – “Who would have thought that stepping into an abandoned building and exploring the tunnels and the darkness would have been more therapeutic than years and years and thousands of dollars of therapy?”

Filmmaker Chris Sendrowski feels as if he’s fallen to the lowest point of his life. He happens to find salvation and inspiration amongst the darkness of America’s forgotten and decaying past.

Chris explores not only the ruins of our forgotten past but an art form and culture populated by a diverse group of artists facing and fulfilling their deepest desire through one of the oldest human urges of all, curiosity and the desire for exploration.

This documentary is shot over the course of 5 years and in multiple states. It’s incredibly captivating to watch and goes in-depth on what urban exploration is and the thoughts and motivation behind the explorers who do it.

** 2nd update. Shout out to Richard in the comments of this article for sharing a working link. Thank you! The above link has been updated. 🙂 **

Link to the full documentary: youtube.com/watch?v=mSXFDBtV9BQ

Overwhelmed with the desire for adventure, David and Melanie make the trek across the country to some of the most desolate locations on earth.

Some of the places they filmed in the documentary no longer exist. Others have continued their graceful descent into agony.

From the ruins of Detroit, the missile silos of Denver, to the cooling towers in Tennesse, Urban Escape gives you the opportunity to live a journey through abandoned and off-limits America like you never thought possible.

Urban Escape also features multiple urban explorers from all walks of life all coming together under one film.

Urban Explorers: Into The Darkness (2007)

Link to the full documentary: youtube.com/watch?v=bdYM-Vf_HaU

This documentary gives you an inside look into the captivating world of urban exploration, an international subculture of fearless thrill-seekers who lurk beneath city streets and trespass into long-abandoned buildings, defiantly searching for unseen treasures of modern civilization.

The filmmaker focuses her attention on understanding where the explorers are coming from and why they are drawn into the dangerous hobby of urban exploration.

When most people visit New York, they understandably look up to see the sights. But Steve Duncan looks down, way down into the maze of tunnels and forgotten structures beneath the city.

Armed with gloves, a backpack, and a healthy appreciation for the deadliness of the subway rails, Steve Duncan takes us on an adventure under the New York City subway station below City Hall.

He also gets to interview the last remaining ‘Mole People’ of the underground and climb the Williamsburg bridge to get a better view of the city.

He explains his love and fascination with urban exploration and is quite an interesting guy.

Undercity provides you with a new perspective on the city below (and above) of New York. 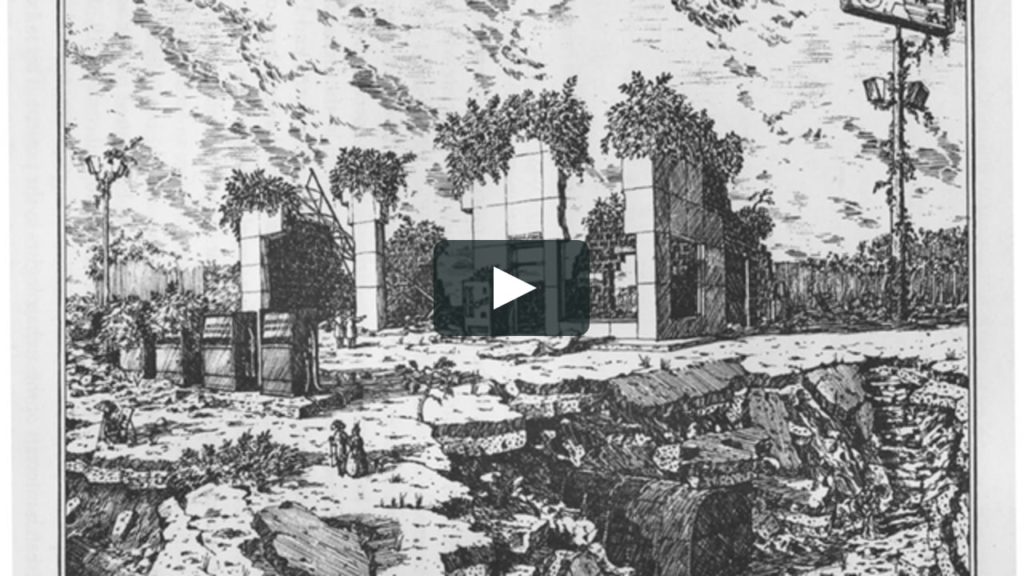 Urban Explorers: Quest for Myth, Mystery, and Meaning is a 30-minute short documentary by the University of London Ph.D. candidate Bradley L. Garrett.

Anchored around interviews with five scholars (Tim Edesom, Caitlin Desilvey, David Pinder, Hayden Lorimer, Alastair Bonnet), the documentary explored topics such as psychogeography, materiality, surveillance, and rediscovery of play against a backdrop of the filmmaker’s own exploration footage in London, Las Vagas, and California.

The film goes deeper than the usual historic and aesthetic survey, and into the emotional aspect of why urban explorers are drawn towards the search for “gaps and cracks” in our predictable and spectacularized urban spaces.

Four different urban explorers share their opinions on what defines urban exploration as a cultural movement for them and what draws them to do what they do.

Know Any Urban Exploration Documentaries I Should Include?