Urban explorers of Reddit were asked what some of their most terrifying experiences were when exploring abandoned buildings.

Over 1 thousand explorers from all over the world came together and shared the weirding things they’ve come across. The stories ranged from being physically attacked, to accidentally injuring themselves, to straight-up paranormal encounters.

I chose the top ones out of all of them and decided to share them with you. These stories are entertaining but they should also serve as a reminder to you, and every urban explorer around the world, that the hobby we partake in can be incredibly dangerous.

You Guys Are Human, Right? 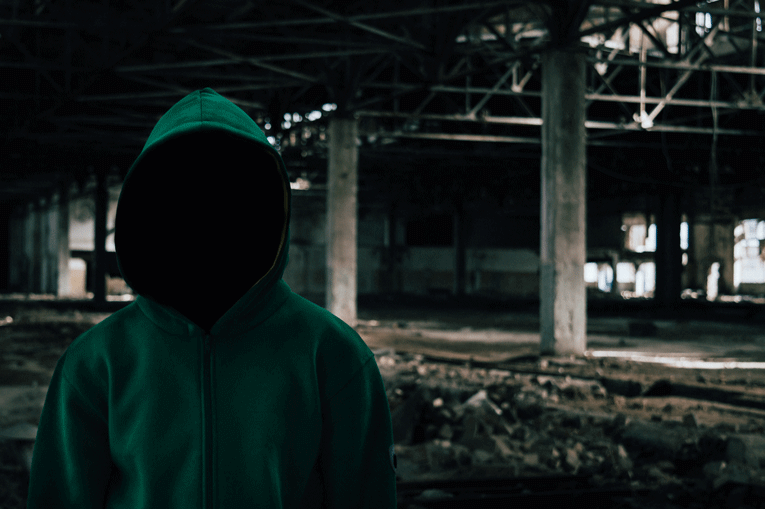 “Went to an abandoned hospital. There was a large square staircase spiraling up to the roof on the outside of the building, locked steel door at the bottom so the only way up was to climb on the outside up to the first landing. my buddy boosts me up, I climb over, and there’s a sleeping bag with a steak knife next to it on the landing. I call down, “uh, we’re definitely not alone here, dude.”

“No, but it’s cool,” says a voice behind me, scaring the shit out of me and causing me to jump and whirl around. there’s a young dirty homeless-looking guy standing there, coming down the stairs from above, hands up palms out. “didn’t mean to scare you.” he takes a seat on the stairs, so I carefully step on the handle of the steak knife, lean over the edge, and pull my friend up.

We had planned to sit on the roof and drink beer, so we offer the homeless guy a beer, which he gratefully accepts, and we shoot the shit on the landing for a while. we’re talking about the city, the cops, traveling, life in general. he’s basically a drifter, been in town for a week or so, but a nice guy. things are going pretty well when he asks, “you guys are human, right?”

“I fu**ing hate it when I meet people that end up being aliens, and you never know until you peel their skin off. they’ve been after me a long time, you know, they don’t stop, they never stop. sometimes I think I should just kill everyone to be safe.”

He’s definitely not joking, and there’s an uncomfortable silence as my friend and I realize this guy is fu**ing crazy.

“Yeah man,” I say, “we’re human, we just wanted to check out the place and drink some beer. we’re gonna go ahead and move on now, we definitely don’t want any trouble.”

He just stares in silence, so we leave him the last beer, carefully back up to the railing, jump down, and walk away very quickly, constantly looking back over our shoulders. the entire time, he’s just standing there, still and silent, watching us leave.

That place is still abandoned, 5 years later, and we’ve never been back. I’m not a believer in the supernatural, but humans can be deceptive and dangerous in ways you can’t see coming.” 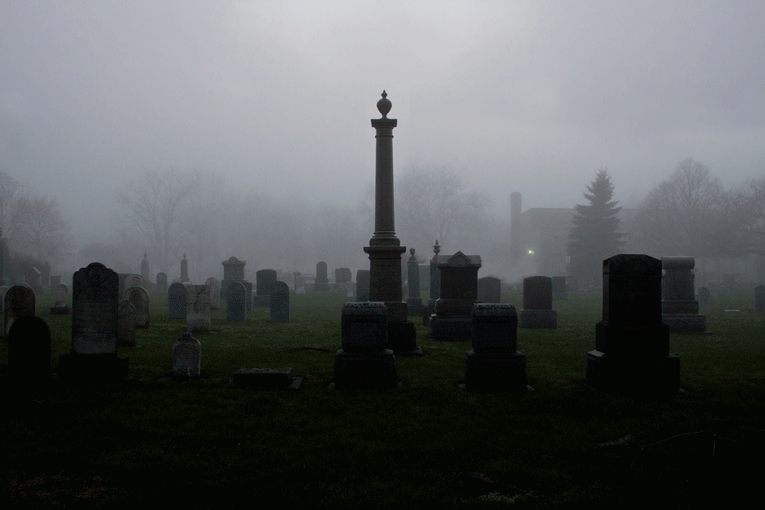 “My wife and I and a friend of ours were exploring an abandoned state-run school for troubled youth with a very nasty history that includes the torture and death of some of the students. Behind the campus through some woods was a gravesite with a couple of dozen simple crosses to mark the graves.

My wife and I were working on photographing the crosses and our friend was wandering around the gravesite probably 50 feet away from us. He hurries over to us with eyes as big as saucers and tells us he saw someone in the woods watching us.

Considering how we were not in our hometown, trespassing, and near a county jail, we packed our gear up quickly and started heading back the way we came.

We would stop every so often in the woods between the gravesite and the school to watch and listen. I never saw the person that was supposedly watching us but I did hear someone else walking through the woods after us.” 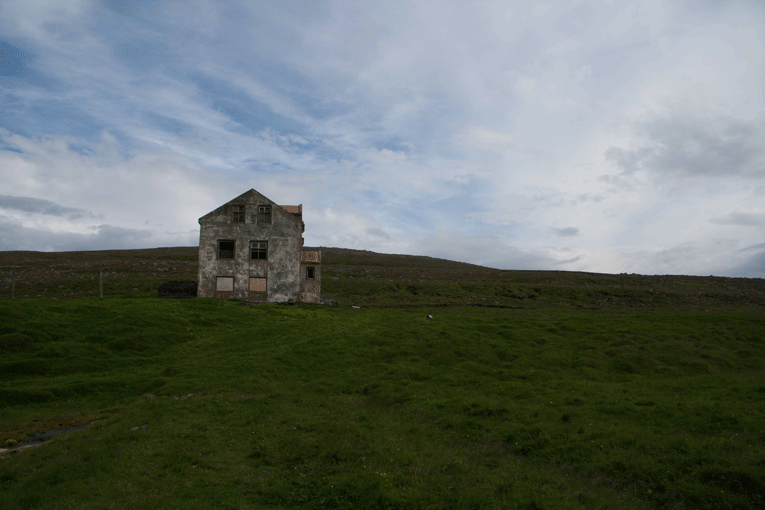 “A lone abandoned farmhouse in northeast Iceland, Langanes. This was real edge-of-the-Earth stuff, a few hundred meters from the Arctic Ocean, about 10km from the nearest sealed road, and not a single soul for miles.

I was on my own and just headed up to it for a quick explore (I was on fieldwork up there for other reasons), went inside. It wasn’t too messed up inside, not much furniture, some things left in the kitchen with a homemade poster saying “AETTARMOT 1982”, a festival that celebrates the bringing in of sheep before the winter, so it was abandoned at some point after then.

I was about to go to the top floor and heard a crrreeeakkkk. Stopped and listened for a few seconds, nothing else. Fine. Went up two more steps, heard the creak again, and GENUINELY two or three footsteps, or at least the sound of it. This really got the hairs on my neck up.

Now, logically I knew there was essentially zero chance of anyone else being in there, and I enjoy thinking of myself as a reasonable, not-easily-spooked man. I went up one more step, then heard two more footsteps, and something slams onto the floor above.

Ran back down the stairs, out of the farmhouse, back into my landrover, and headed off down the track. Never did find out what it was, felt stupid, but my love of horror movies took control of my brain and told me to run from footsteps in the attic of an abandoned farmhouse. At least I got a few good photos.“

Photos of the farmhouse: http://imgur.com/a/f6EA0

Stumbled Across A Body 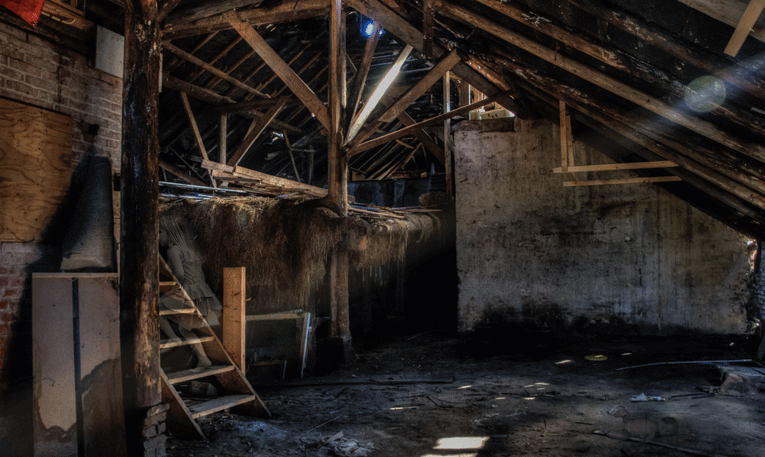 “Me and a bud watched some urban exploration documentaries and decided to try it. In our first exploration, we came across the dead body of someone who apparently committed suicide (by hanging) while going through an abandoned mill.

When we first saw it, we couldn’t really make out what it was as it was dark, got a little closer and the sudden realization got us both out of there quickly.

I called the cops, and apparently, it was a teen who went missing a few days earlier. So sad. Talk about an urban exploration gone wrong.” 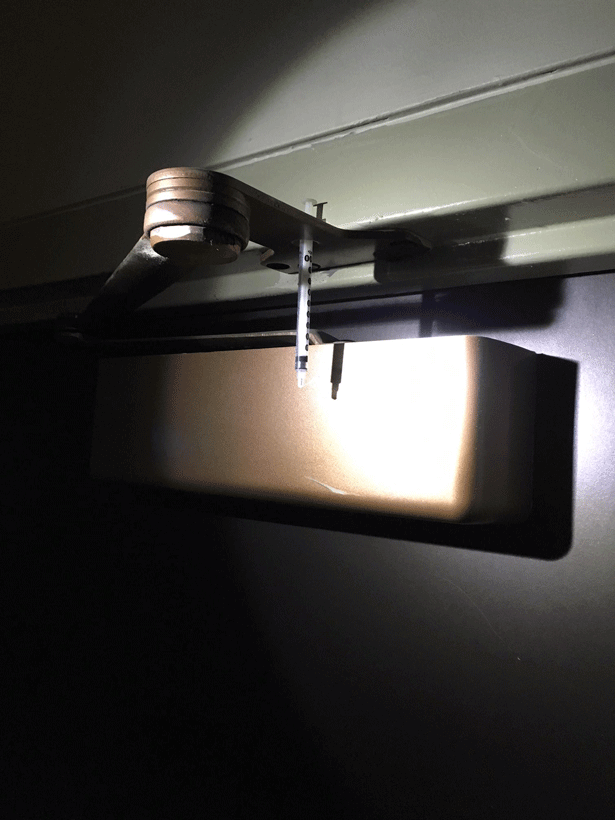 “Came across this needle set to drop when a door is moved.” 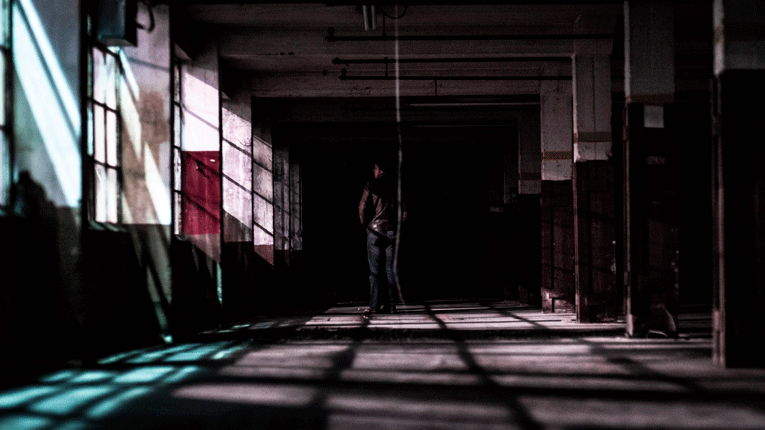 “This was in St Louis a couple of weeks ago. I’m from Houston. I walked into this bando and immediately saw a Junkie in the stairwell.

Gave him a head nod and kept going. I get into my first room and there are 3 more crackheads in there.

So I say “Hey y’all” and gtfo” walk back to the stairwell and see that first guy so I go UP the stairs to make some distance and run into the 5th junkie upstairs you see in the video.

They left me alone but my heart rate was probably 200bpm”

Video of the encounter: instagram.com/p/BXdhA3SBMaY/ 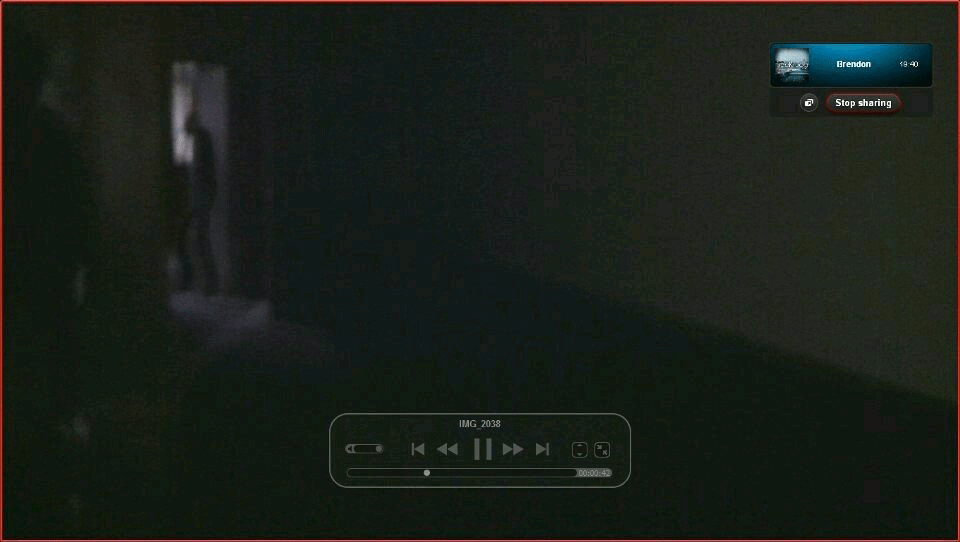 “My best friend and I explored an abandoned news station in high school that happened to be on the same hill as an abandoned mental hospital and (from what I’ve heard) orphanage.

The hospital was completely fenced off and apparently they had cameras watching it at all times, so that was a no-go. I’ve explored the news station before, but this time was on a cloudy, rainy day so that added to the spook factor.

We walked around for maybe 30 minutes before we started hearing someone cough, so we noped the fu** out. The picture below is from when my friend stuck his camera through a hole in the wall and filmed around.

No idea what the figure on the left actually is but it’s always creeped me out.” 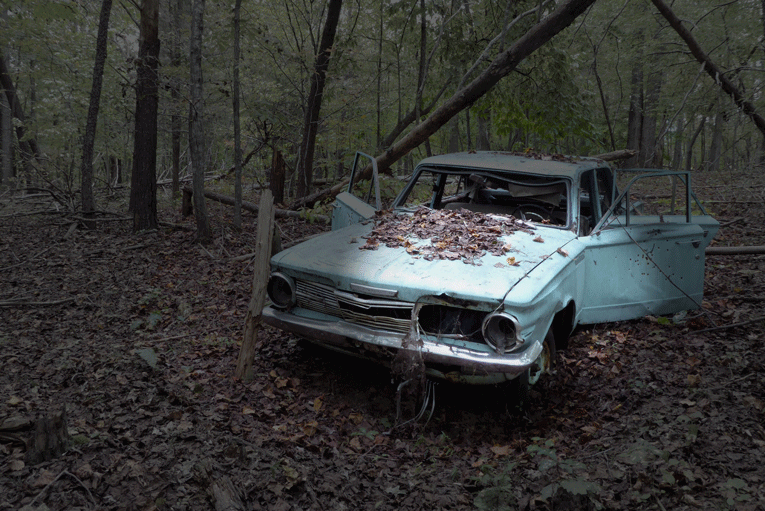 “Found a bucket full of piss and shit in an abandoned warehouse in a bad part of town around 3 am. I didn’t think much of it and kept snooping.

Then I came upon a bunch of newish-looking cars and rims and parts everywhere. That’s when I realized I was in an illegal chop shop-type operation. 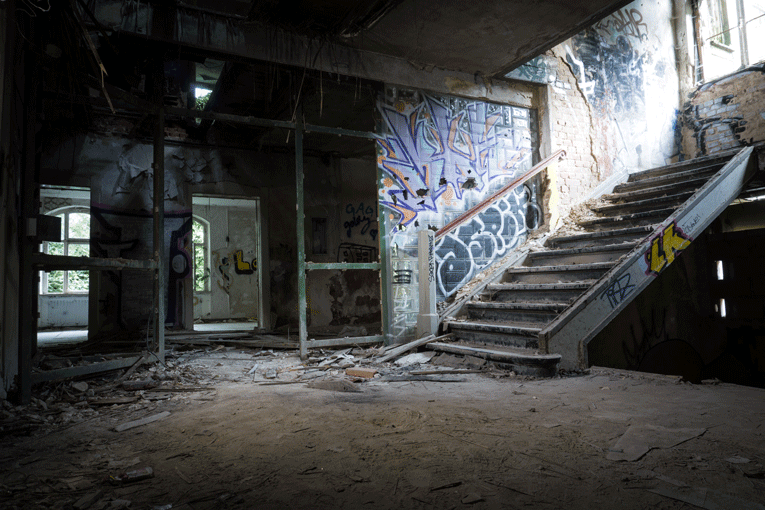 “My friends and I used to tag inside an abandoned factory.

One day while we were wandering around in the basement looking for either a new wall to paint or a room to smoke this dirty-looking guy in a wife-beater and an adult diaper, or what looked like one emerged from the shadows and says.

“Wut? I’m just going for a walk!” We’re skeeved out but there are like six of us so we’re not really threatened by him. When we don’t reply he says.

Then it went from funny to scary as he just starts screaming and punching the door next to him. A few guys run.

Like a cat seeing a string move them running sets this dude off and he chases us out of the factory screaming and cursing all the while.” 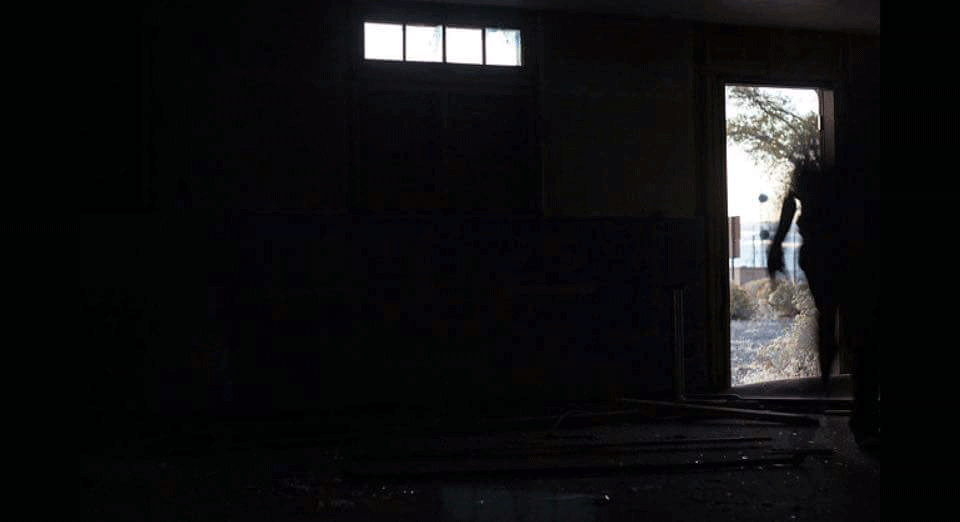 “I was exploring an old abandoned US Army mess hall in a small desert town in Northern California.

I had just gotten started taking pictures when I decided to chimp a few (go through my photos), and I noticed this. The hair on the back of my neck stood up.

I gently collapsed my tripod and tiptoed out of there. Still, no idea what that movement was in the picture. IIRC it was about a 15-second exposure.” 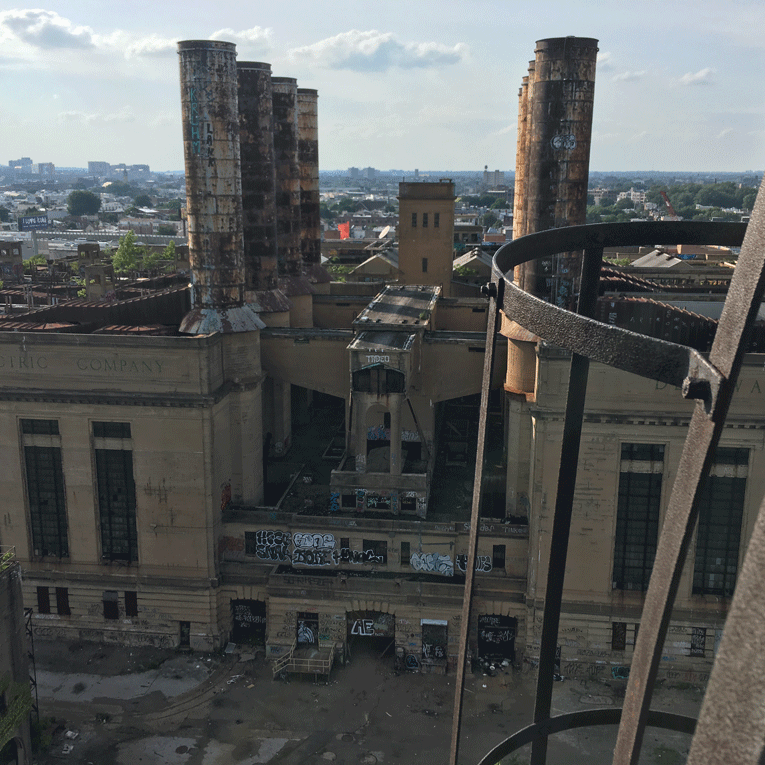 “Me and my friend were taking photographs in the abandoned PECO power plant in Fishtown, Philadelphia. There was only one entrance which was a grave door at the back of the building.

On our way out we found that the door and been closed behind us and locked up. Someone has also parked a white van in the building so we knew somebody was still in there with us.

All of a sudden we heard loud clanging sounds echoing through the building. When we found the source of the noise it turned out to be an oldish man hitting metal with a small hammer. We asked him if he put the lock on the door and he said yes.

However, when we asked him to let us out he screamed, “NO”. When we told it was the only way out and that we would call the police if he didn’t open it. He raised his hammer menacingly and said, “You kids better leave this building quick”.

Me and my friend ran back into the building and ended up searching the pitch black and partially water-filled bottom floor trying to find another exit, while constantly expecting him to come out of the darkness to attack us.

Thankfully we found a door we could force open and escaped but we never went back. Apparently, another friend went back and the same man was there but my friend just waited until the guy left before leaving from the normal exit.”

I honestly hope that I never have to go through what some of these Reddit urban explorers went thru.

Remember to tread carefully when you’re out exploring and always go with a friend. Your safety when exploring should always be your number 1 priority.

I’d like to hear from you. Have you ever had a strange encounter when out exploring an abandoned building?