It is difficult to explain why we urban explorers are fascinated by abandoned places and urban decay. There’s just something so apocalyptic and creepy about them that draws us toward them. The city of Denver has a plethora of these such locations.

Colorado is no stranger to decay, it has its fair share of abandoned buildings present even today. For this adventure, we’re gonna focus on showcasing abandoned places in Denver that any curious urban explorer or photographer can one day visit and explore.

This 100k-square-foot abandoned factory near Denver, is an urban explorers’ wet dream. It’s been sitting dark and empty for nearly 50 years. It was first opened in 1905 and it processed nearly 2,500 tons of beets per day, which in turn produced an estimated 750,000 lbs of sugar.

This massive amount of sugar was enough to supply the needs of 3 states, those being Colorado, Nebraska, and Wyoming. Throughout the decades’ domestic sugar factories around the country started fading out as sugar imports were becoming cheaper compared to local companies. 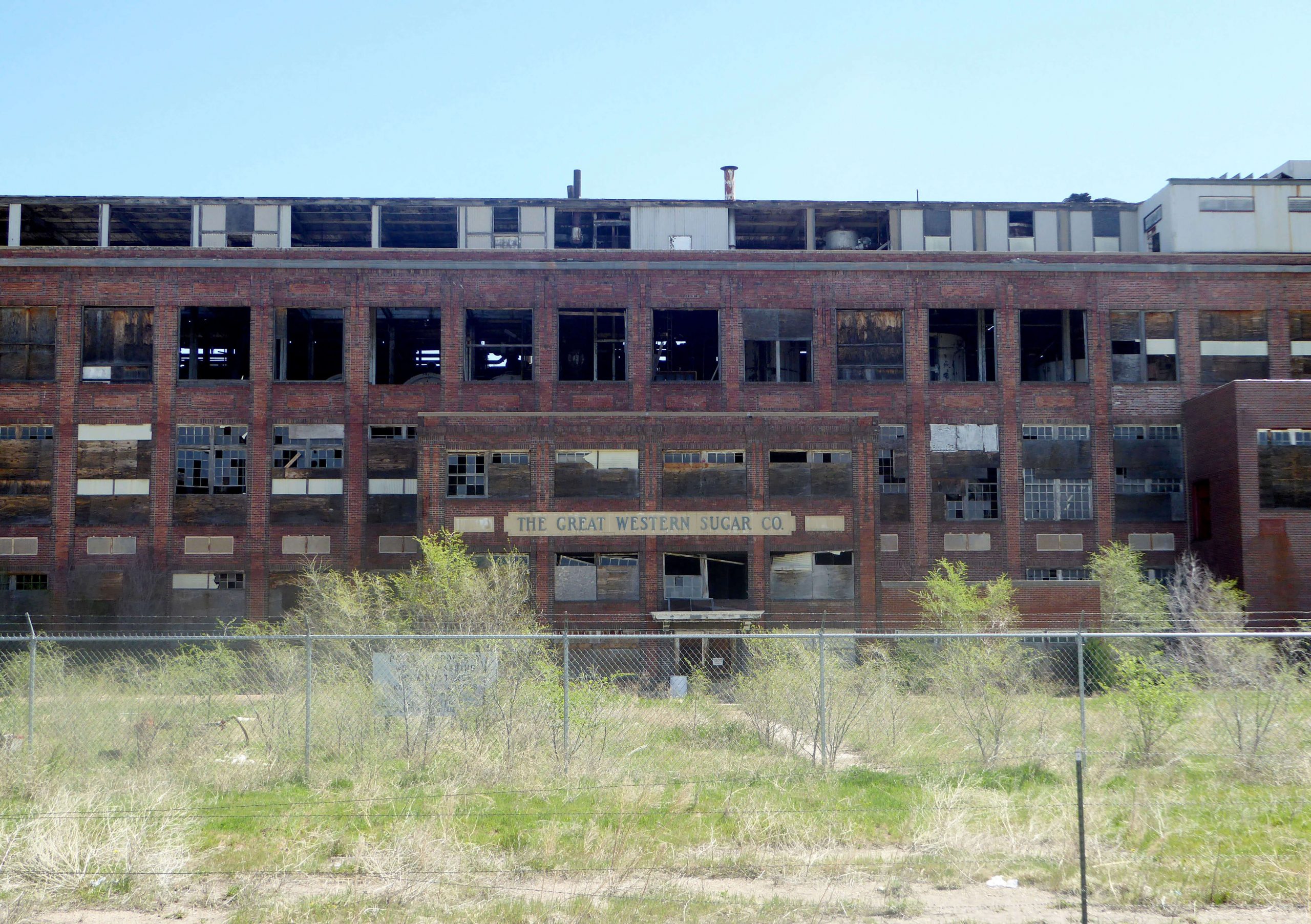 Great Western became one of these companies that saw a gradual decrease in sales over the years and slowly began shuttering its doors. The mill was fully closed down in the early 1970s and was abandoned shortly after.

Since it has been sitting unused, curious explorers have made their way inside the facility for decades. It’s become one of the most well-known abandoned places in Denver.

If you were to drive 90 miles west of Denver you would come across the abandoned mining town of Gilman. The town was founded in 1886 by John Clinton, who was a prominent figurehead and judge of a nearby town. The town was considered a mecca for mining as many precious elements were found in it including silver, gold, copper, zinc, and lead.

The small town was mostly exclusive to company miners, meaning that all the people who lived there would work in the mines. After a few short years, the town grew in numbers and different establishments were opened including bars, stores, bowling alleys, schools, a church, and more.

When the mines began to dry out residents of Gilman began leaving for better opportunities elsewhere. Homes, businesses, offices, and stores were all left abandoned. By 1960 less than 40 people inhabited the town of Gilman. In 1984 the Environmental Protection Agency (EPA) discovered contaminated groundwater and pollutants from years of mining activity. 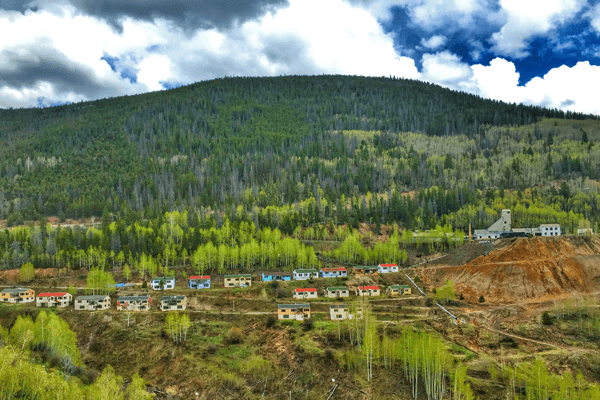 They forced all residents to leave due to toxic conditions and designated the area a Superfund site. Cleaning of the area began shortly after and by 2000 it was considered mostly safe but by then Gilman was already a ghost town. It’s been sitting empty and forgotten since.

Though access to the ghost town of Gilman is considered prohibited, this hasn’t stopped curious explorers from making their way in. It’s been considered one of the coolest abandoned places in Denver to explore. 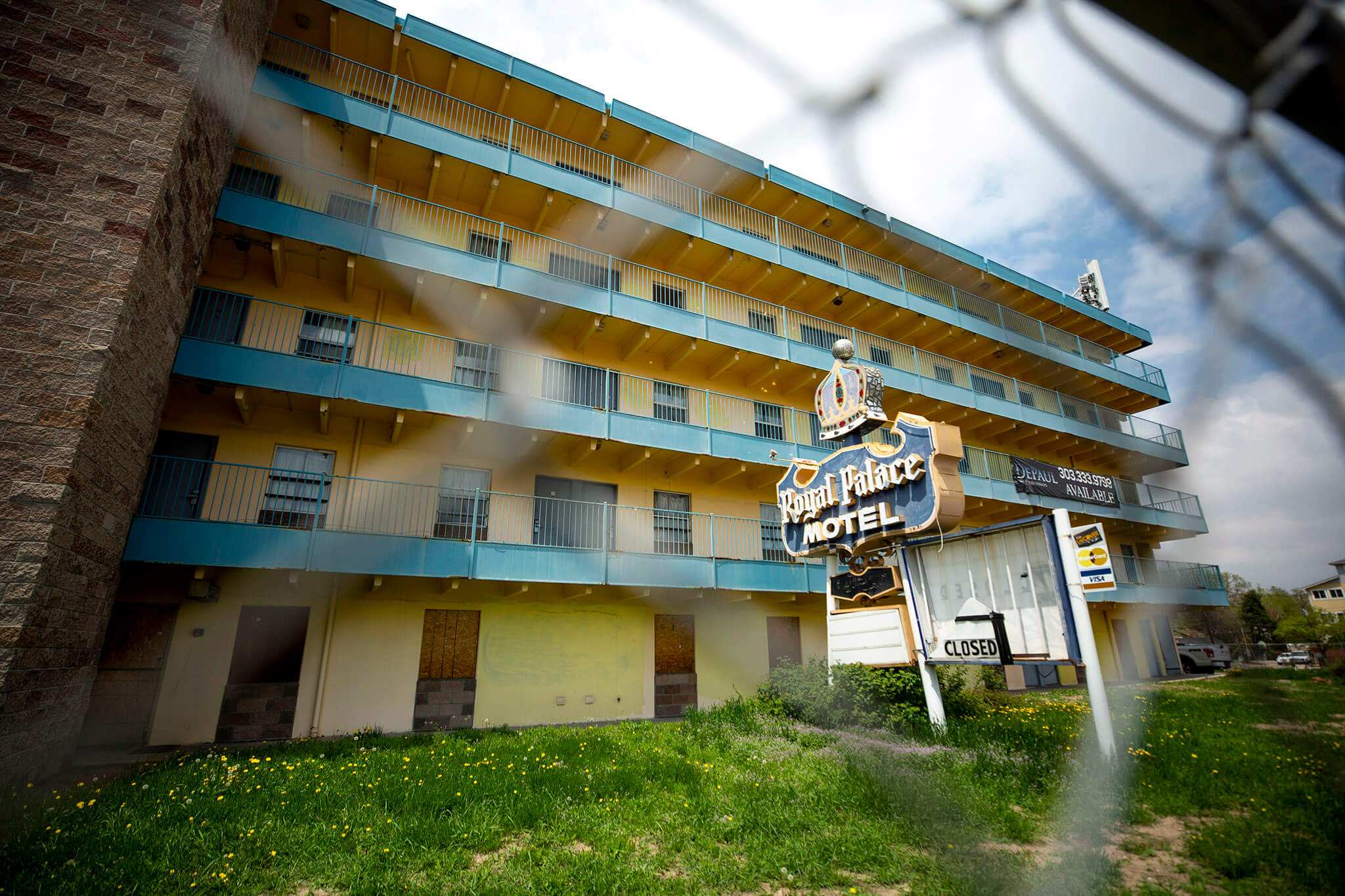 When it was built in 1969, the Royal Palace Motel was considered a symbol of modernity and luxury. For 40+ years the motel located at the intersection of Colfax Avenue and Colorado Boulevard was the place where passing motorists could spend the night in a nice and trustworthy motel.

But all this would change as the location surrounding the Royal Palace would slowly lose its reliable status. In the early 90s, the area the motel is located in would see an increase in crime. The motel began losing customers and the ones that would stay had nothing but bad things to say about it. 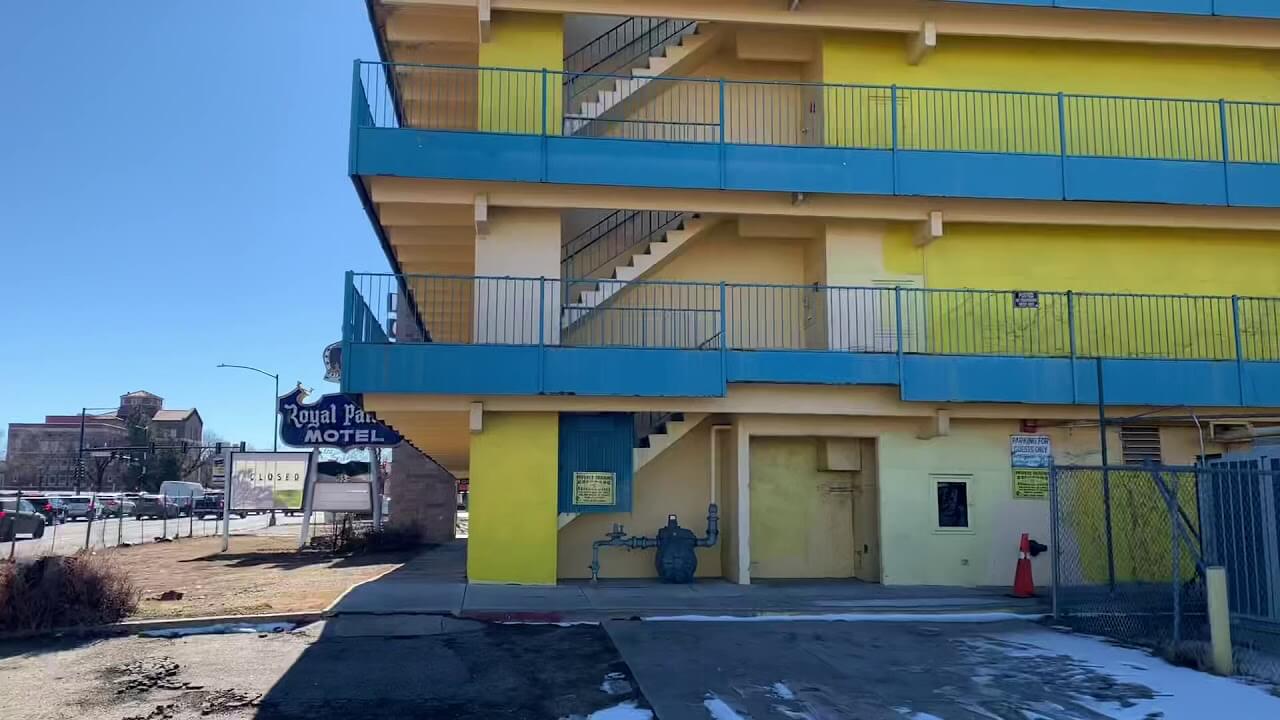 Recurring issues like bed bugs, dirty rooms, seedy people hanging outside the motel, and poor management would bring down the once-high reputation of the Royal Palace. This wasn’t the only thing that gave the motel its bad rep. In 1998 a 31-year-old man was found shot and killed in the room he was staying in.

The person responsible for the murder was never identified. Several other murders would take place over the years. This would end up casting a dark cloud over the motel that it would never recover from. In 2013 the owners, after years of losing money on the business, decided to shutter their doors for good.

Since then the Royal Palace has been slowly falling into severe decay. Locals have reported seeing squatters and kids walking around the building for years. 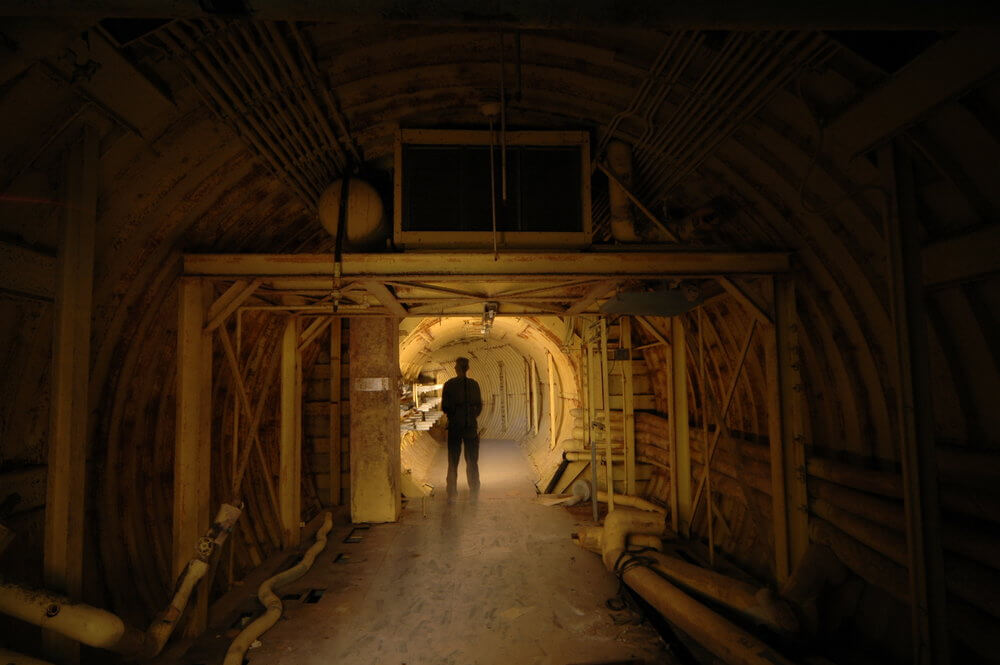 During the cold war, the United States government feared nuclear attacks from the Soviet Union. As a result, they decided to beef up their security and build multiple nuclear-capable missile silos throughout the country. One such complex was built just 60 miles outside Denver, Colorado.

Its existence was considered top secret up until the day it was decommissioned and abandoned in 1965. The inside of the subterranean complex is quite massive. You need a ton of space to properly house ICBMs and the necessary equipment to maintain them.

An air filtration system, a powerhouse with generators, industrial-sized pipes, and heavy-duty equipment are all present in the silos today. Most of the complex is full of rust, dust, and corrosion from years of neglect and damage from the elements. 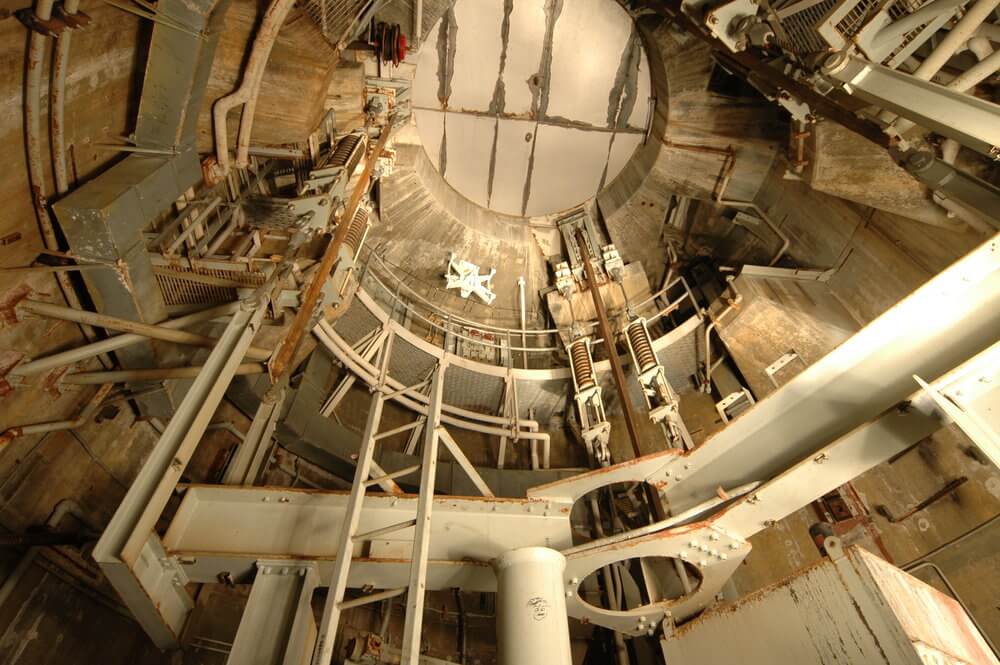 Although entry into the silos is prohibited, it’s on private property, this hasn’t stopped adventurous explorers from venturing inside the silos to have a peek around. Most people who drive by the Titan 1 Silos have no idea they are even there.

For years it’s been slowly decaying away and will most likely continue down that path forever. It is considered one of the coolest abandoned places in Denver. 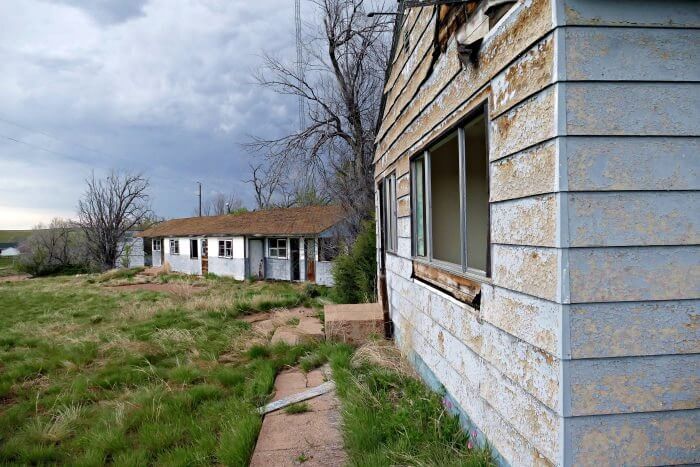 Located 80 miles east of Denver, the small prairie town of Last Chance was once a popular rest stop for passing motorists. The name of the town was chosen because, during the early 1900s, this town was the literal last chance for any passing driver to stop for gas, food, or lodging before reaching the next populated area.

The small town was once thriving and full of cafes, restaurants, motels, and houses from residents who lived there. The town enjoyed a rich and fruitful life for some 20-odd years. This all changed in 1956 when the Federal Interstate Highway System built highway I-70 far away from the town effectively diverting all traffic and bypassing the town entirely. 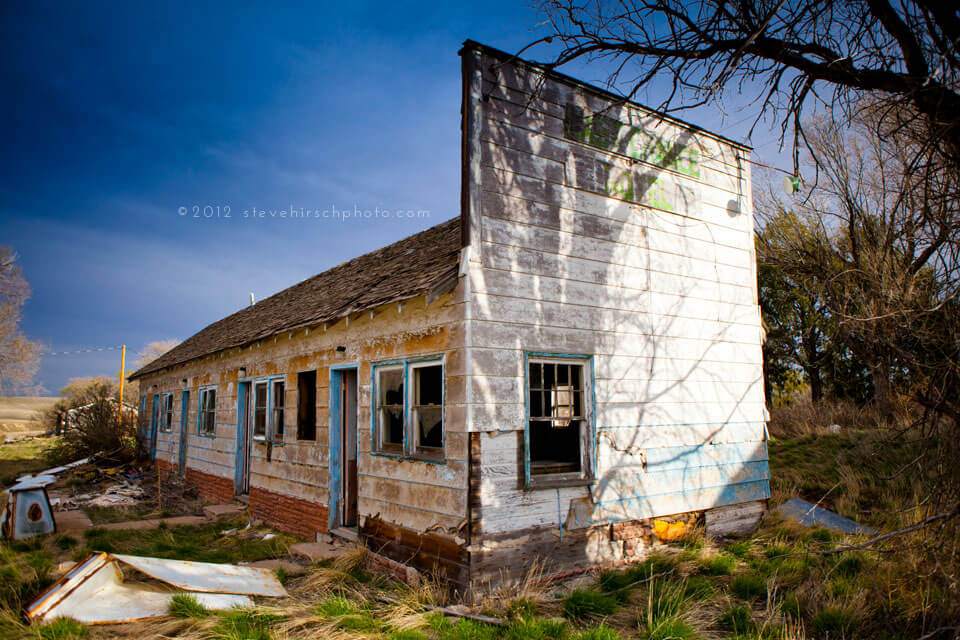 This was a major blow for the small town as it saw a huge decrease in visitors in the coming years. With no customers to serve, businesses began closing down and leaving for better opportunities. Though very few people still live in the town, 98% of the town is completely abandoned.

Houses, motels, and cafes today lay in complete disrepair with zero chance of ever going back to their once lively days. The deserted town is considered among the most interesting abandoned places near Denver.