There are thousands of abandoned places in San Francisco. From military bases, naval shipyards, hospitals, homes, and abandoned asylums San Fracisco has it all. You can find them all scattered throughout the city.

You may not see them on your everyday commute, but they’re there. Hidden. Some are in plain sight. Others are surrounded by trees and modern buildings that overshadow the now decaying and forgotten structures we so crave to explore.

If you’re from the bay area and are looking for places to explore, below we’ll uncover some fascinating abandoned places in San Francisco that any urban explorer should check out.

If you’re wanting to do some exploring outside San Francisco, see our other article where we list some interesting abandoned places in the state of California.

Abandoned Places In The Bay Area 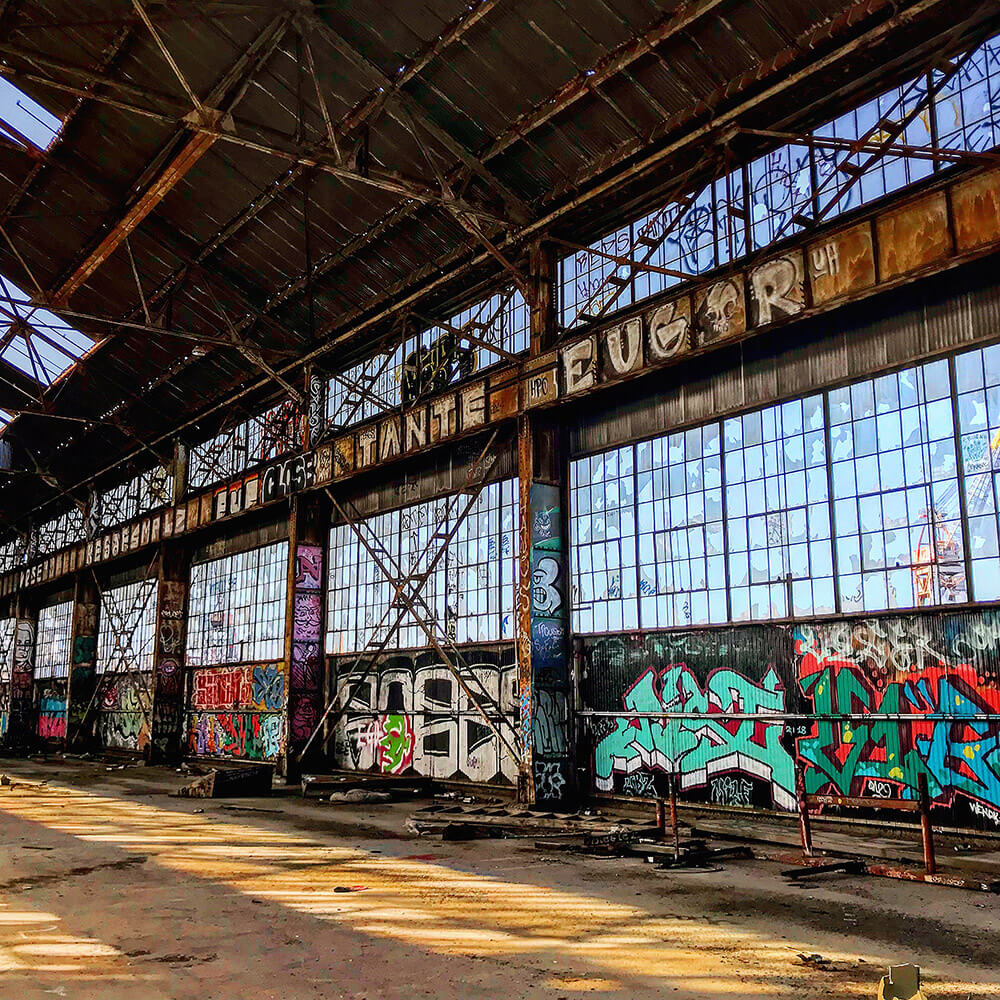 Originally constructed in the 1940s, a once busy and noisy facility used for storing materials to outfit newly constructed ships now sits completely empty and forgotten.

The massive 512-foot long rectangular steel warehouse is one of many buildings in the pier70 shipyard located in San Francisco. Keep in mind that not all buildings on the pier are abandoned.

Which will make getting into building 6 somewhat tricky. But that hasn’t stopped urban explorers from venturing inside and having a look around. If you decide to visit the abandoned building in San Francisco, the first thing you will notice is the very poor state of repair the structure is in. It is chock-full of graffiti and broken windows.

Also, near building 6 is a different area that may also be sitting empty. Building 12 is its name. Be on the lookout for an extra exploration destination. Building 6 aside from having a history of being used for storing, was also once used in a now-classic movie that you may have heard of.

The movie, Invasion Of The Body Snatchers, features a scene in this very building. Exploring a location and knowing a bit of its history makes the exploration more enjoyable. At least it does for me.

If you’re looking for one-of-a-kind abandoned places in San Francisco, the Bayshore Roundhouse is quite a unique structure, considering very few roundhouses remain throughout the United States today.

It was constructed in the early 1900s to service steam engine trains that were used for transporting goods between San Francisco and cities to the south. In the late 1940s and early 1950s, steam engines were starting to become less popular because of diesel engines.

Which were less likely to break down and didn’t need much maintenance. Diesel engines could also travel in different directions, unlike steam engines which had to be physically be flipped around.

This in turn made roundtables like the one at Bayshore, less useful. As roundhouses were used to literally turn a train around in the opposite direction so that it could move forward.

From the 1950s to the 1980s the Bayshore Roundhouse was used mostly for storage. Since then it has been mostly abandoned and visited by local graffiti artists and urban explorers.

If you find yourself in the area, plan how to get in, and don’t cause any more damage to the building as it contains a great history to it. Like many abandoned places in the bay area do. 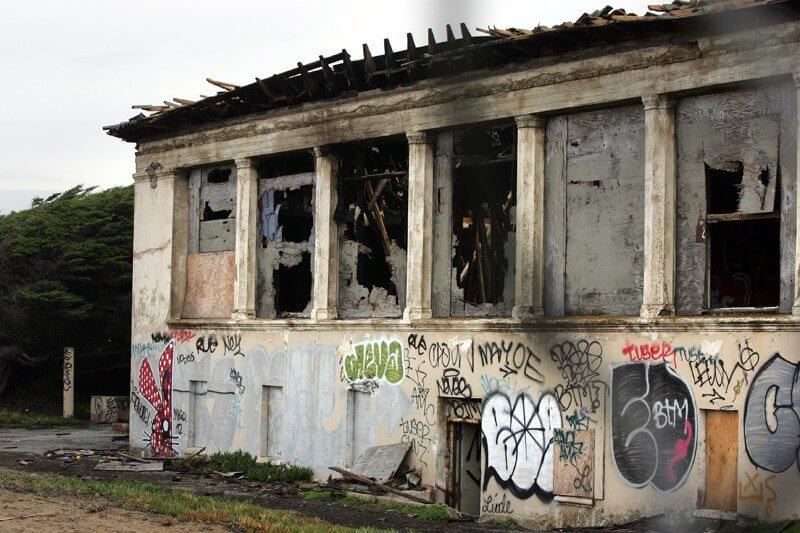 Built and operated from 1925 until its closure in 1971, the Fleishhacker pool was one of the largest outdoor saltwater swimming pools in the world at the time.

The pool contained an insane 6.5 million gallons of water that were pumped straight from the ocean nearby. Surprisingly, the water was also heated to a decent 65-75 degrees.

It could accommodate an estimated 10,000 people. The pool was so large that lifeguards had to use rowboats to patrol its water. The military would also often use it for exercises and training drills. In 1971 a storm hit San Francisco and caused some damage which lead to its closure the same year.

Years of neglect, deterioration, and lack of modern operating systems meant the pool could not meet modern health standards.

This led to the pool laying dormant for several years until it was filled with gravel and sand to create an access road for the city’s maintenance trucks and a parking lot for the nearby zoo. In 2012 a fire destroyed parts of the structure and caused significant damage.

Today, what remains of the Fleishhacker pool area now sits completely empty and forgotten. As photos from several daring explorers who have ventured inside it have confirmed. As with any other abandoned buildings in San Francisco, use caution when exploring.

The Land’s End Octagon House in San Francisco can be very difficult to spot at first. It is almost completely covered by surrounding trees and bushes.

If you didn’t know it was there, you would probably miss it. The octagon house was built in 1927 and was used as a lookout station for incoming commercial or passenger ships arriving in San Francisco.

It also served as a way to keep an eye out for ships in distress in the crowded Golden Gate waters. The reason for the oddly shaped property is due to the fact that an eight-sided design offers many benefits to a lookout station.

More effective use of internal space, conservation of building materials, and a full 360-degree view of its surroundings are what compelled its builders to create it in such a way.

The octagon house was needed in the era before radios and ship-to-shore telephones that allow captains of ships to announce their arrival.

Interestingly, the family of the last lookout worker was allowed to live in the home long after it was decommissioned.

Today, it remains vacant and hidden from view thanks to its surrounding trees. Should you find yourself in the area, follow the signs for Fort Miley and look to the left of the main trail for an access road.

The lookout station is now owned by the Golden Gate National Recreation Area, and plans are being developed for the possible preservation of the building.

It is one of many abandoned places in San Francisco that urban explorers and adventurers like to frequent.

The Hunters Point Naval Shipyard is a decommissioned US Navy shipyard located on 630 acres of waterfront at Hunters Point.

The shipyard was purchased by the Navy a year before the attack on Pearl Harbor. The shipyard has several buildings all around the plot of land. Including a barracks, mess hall, and hospital. All abandoned.

If you were to visit today, you’d spot plenty of yellow ‘radioactive’ warning signs posted all around the shipyard. This is because of decades of industrial use of radioactive materials.

An interesting little fact about Hunters Point, this shipyard served as a place where key components of the first atomic bomb were made.

Some areas of the shipyard are closed off due to contamination. This of course hasn’t stopped daring explorers from making their way in and having a peek inside. It’s been closed down permanently since 1994.

Cosson Hall is a retired naval base located on San Francisco’s famous ‘Treasure Island’. Its purpose was to house stationed sailors and be used for official military business back in the 1960s.

It’s been abandoned since the 1990s and has since become a bit of a playground for graffiti artists and urban explorers. People who have ventured inside Cosson Hall claim certain areas of the base to be haunted.

The rumor is that a sailor in a white uniform roams the halls of Cosson Hall whistling a famous sailor song. 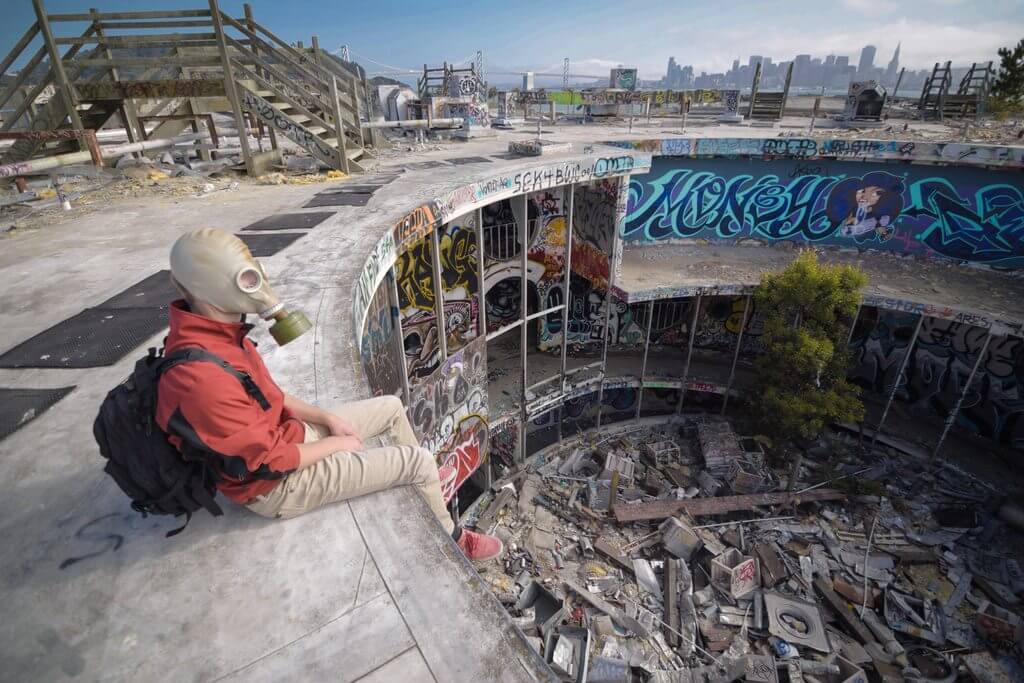 Explorers have also reported being grabbed or touched by someone that wasn’t there. The creepiest of them all is the supposed glowing orbs and muffled laughter coming from the trees surrounding the naval barracks.

If you’re a non-believer in ghosts then, by all means, explore away! 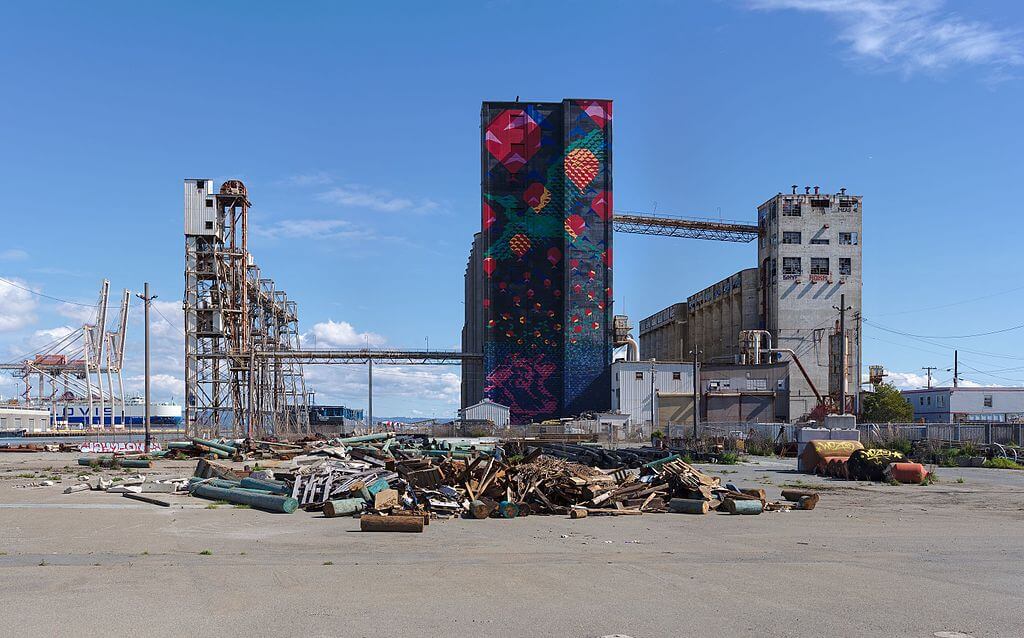 If you ever venture out to the Islais Creek Channel in the Hunters Point area, you’ll find an awesome pair of abandoned grain silos at Pier 90.

These silos have been sitting empty since 1989 when an earthquake hit the area and caused damage to the building which halted operations.

The silos at pier 90 were used to store grain that was brought in by railroad and then loaded from the silos onto the ships for export all over the world.

The San Francisco Port group decided to use the silos to create an illuminated animated mural to reduce the eyesore the decaying building was causing.

The art project was named Bayview Rise in honor of the neighborhood the silos are located. It is one of the coolest abandoned places San Francisco has to offer. 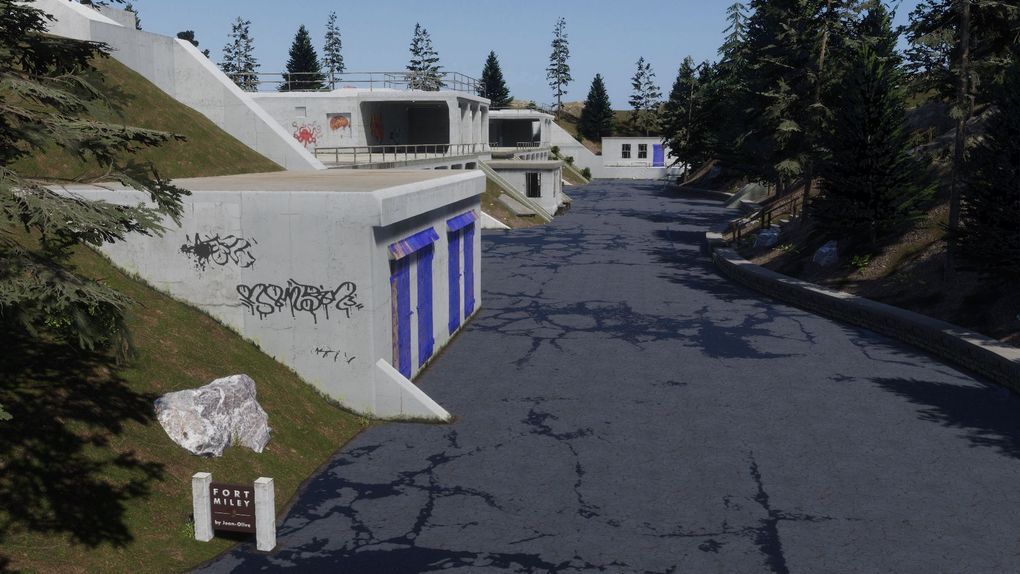 Located on Point Lobos, this once-vast military installation is now a shadow of its former self.

The Fort Miley Military Installation was built as San Francisco’s first line of defense in case of a war. The Fort was equipped with large guns overlooking the entrance of the bay area and other defensive gear hidden in the surrounding woods.

What makes this Fort interesting though is that it was built on the site of a massive cemetery with thousands of graves. The Army had promised to relocate the remains from the cemetery to a new plot of land before construction began, but that promise was never truly kept.

All the Army did was move the headstones to a new land and call it a day. Yes, they built the Fort on top of graves. Many of which may still be there today. Some buildings from the Fort were demolished to make way for a VA hospital.

Still, some parts of the Fort stand as it once was before its abandonment.

Finding the Fort shouldn’t be that difficult considering it’s been incorporated into the Golden Gate National Recreation Area. Which keeps it open for anyone who’d like to take a look around.

Do You Know Any Abandoned Places In San Francisco?

What are your favorite abandoned places in San Francisco you’ve explored? Drop the name of a location, or several, in the comments to help out fellow explorers in the Bay area find new places to check out.